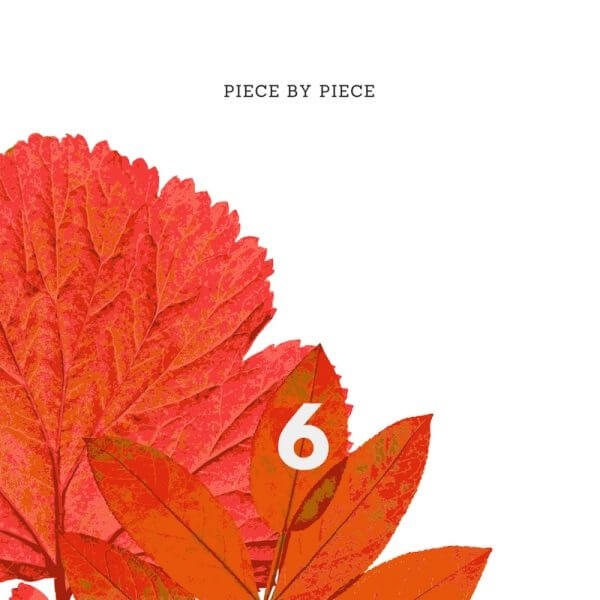 After the first night, he finds it a little hard to walk to his car. This is partly because he wants to go back immediately and kiss her again and again and again but: he feels slightly off-balance, giddy. He drives home with both hands on the wheel, 10-and-2.

At home, he takes off his shoes– the problem seems to be with his right foot.

Which is missing its big toe.

His phone vibrates in his pocket, sending him up off the bed and then onto the floor, because his four-toed foot cannot catch him. “Ow,” he says, answering.

She says, “I think you left something here.”

To her immense credit (and to his slight worry) she isn’t disgusted or suspicious-– she answers the door and shows him his toe, in a Ziploc bag. “Look,” she says, closing the door behind him, “it’s completely smooth! No blood, no cuts.”

He turns the bag around in his hands – the nail side of his toe is pale, but not unnaturally so. The backside, where it should be connected to his foot, is a half-oval. A stub. A replica of the frontside, sans nail. He can feel its heat through the plastic.

She smiles wide, says she wants to nibble on it like a carrot. He kisses her because it’s all he can think of to do.

“Well,” she says. Her foot rubs against his. “We’ll just have to keep you lying down for a while longer, then.”

They talk about their families. They talk about music and capital punishment and Washington DC and college and they talk about sex and then have sex, and with their bodies warm underneath the comforter they fall asleep, fitting each other.

Time is not a constant, but it always seems to move forward. In the morning she zips up his coat, hands him a bag with leftovers from last night’s takeout, and kisses him full and deep on the lips. “Bye,” he says, surprised at the softness of his voice.

“Bye,” she whispers as he walks out the door.

He turns to wave, but drops the bag full of food. “I’m just trying to leave something here again,” he jokes.

At his home, the heat is on, but it is not the same as what he left behind. He picks up the mail, heavy with magazines he doesn’t read, and collapses onto his couch to conjure up images of her body, her laugh, her kitchen floor.

His phone buzzes against his coffee table. He says, “I was just thinking about you.”

“Take off your gloves,” she says.

He does. All five fingers on his right hand. When he takes off his left glove, a Celtic ring falls with a soft thump to the carpet, and his ring finger is nowhere to be found.

He decides to spend the night at his own house. “That makes sense,” she says. “I’ll have your toe to keep me company anyway.”

He lays in bed, the light cutting across the carpet in razors from the streetlamp outside. He closes his eyes, tries to picture her, but all he gets are fragments, seconds of imagery like he’s hitting a broken TV.

He falls asleep and dreams of his missing digits, their forms heavy shadows across his eyes.

He is fifteen minutes late to work and no one notices his slight limp, which is fine. But typing is harder-– his productivity will suffer. He doesn’t wish to be noticed, he has it so good now-– he takes two hour lunches, randomly spends halves of hours writing or reading a book. He keeps his office door open a crack, but no one comes by. Chats in the break room are the only time he sees people.

He calls her during lunch. “I may have slept with your finger last night,” she says, and he can hear her grinning.

“Are you coming over tonight?”

He ruffles his hair-– the absence of a finger makes this feel incomplete, as if turning the stuck-together pages of a book. “Yes,” he says. “I definitely am.”

They go to the grocery store and buy seafood and bread and rice and seasonings, and she slips his finger over the scanner as a joke. “Please put the item. In the bag,” she says, in her best robot voice, which is not very good. They have a brief debate over Whoopie Pie vs Gob, Soda vs Pop. So many different ways to say everything, in this language. So many ways to express what you want.

They make paella. They drink wine and talk, their conversation parceled and steady as a school bus. It isn’t long before they’re in bed again, lighting candles, throwing covers on and then off.

“You don’t have to leave,” she tells him, at two am, her robe tied in a loose smile.

In the morning, he cannot feel his mouth. It’s there, he can see it in the bathroom mirror – the darkness of reds receding – but he cannot feel it because his tongue is missing. He went to sleep with it, resting lightly behind the fence of his teeth, but now it’s gone. His lungs fill quick and he tastes the lemon chemicals of wood polish in the back of his throat.

He can’t go into work with an absent tongue. He can’t even call off work, so he drives to her house and when she answers he opens his mouth wide. “Dammit,” she says, “that’s something I’m going to miss.”

They find it on her coffee table, which she’s just cleaned. “Tongues need to breathe,” she says, and dips it into a glass of water instead of a plastic bag. He swallows involuntarily.

She makes up an elaborate story about finding him in a ditch by the side of the road, in Ohio, and taking him to a hospital in Cleveland. “Marymount Hospital in Garfield Heights,” she says, and his boss gasps on the speakerphone. “I’ll call you back as soon as I know the room number. What’s his name again?”

He grabs a pad of post-it notes and scribbles You Are Amazing. They talk until their hands get tired.

Kissing is fine, but there is definitely something missing. “Don’t lose this next,” she says, inhaling and closing her eyes.

He works from home; her home. The next day he tries to go to the store for her, but halfway there the street gives way to a view of her bedroom, stunning in its detail, and then he sees her walk into view, her shoulders damp, and she drops the towel and disappears into her closet. She is humming something, something James Taylor, and she comes back into the room holding a negligee that can’t reach much past her hips.

She looks down directly into his eyes and her face drains white, a scream forcing itself from her lungs. Then he feels something press bright against his face, his neck, hears something else scream in a single long note of collision. His hands reach for her, reach forward as far as they can go, but something is pushing him back. Will he be able to reach her, he wonders, with only nine fingers? Will he able to run to her with only nine toes?

When he wakes up, she tells him they are in a hospital. She did find him in a ditch, but don’t worry – they’re not in Ohio. He smiles – she kisses him.

I can see your closet, he writes, on a pad of hospital stationery by his left hand.The pen is warm and rubbery, like his lost finger. The strokes he makes feel certain.

She didn’t know how to store his eyes, so she says she left them on her bed, cushioned, and spritzed them gently with water before she left.

I didn’t peg you as a woman with a shoe obsession.

He follows the sound of her breath to her lips. Hears her shoes cackle against the tile floor.

When visiting hours are up, the nurses won’t let her stay. Go home, he mouths, squeezing her hand.

He smiles. A few nurses may have just entered his room; a doctor may be talking to him about tongue grafts, about sunglasses and coping with less of everything. The TV may be on in the background thrumming its light and basketball game into the air. He thinks of her driving home – her hand on the gear shift, her fingers restless in their search through the radio. He thinks of her saying his name in a mantra, feeling each syllable in her mouth. He imagines that she keeps saying it until she pulls into her driveway, opens her front door, and he sees her rushing toward the bedroom, shedding her coat.

Something inside of him twists, the opening of a cookie jar. The pump of blood fades from his ears, his chest calms, and he hopes the next time he see her he will be whole, in her house, in her bed, in her arms.

Sean Woznicki received his MFA in Creative Writing from Eastern Washington University. Has had work published on Crunchable.net and the now defunct gimcrackd.net, a site that was one of the first to use the interactive storytelling tool Twine. He has written and lived in many states, but he prefers his current one as father of newborn twins. They will be hearing bedtime stories, whether they want to or not.

Sean lives in Pennsylvania with his wife and twin son and daughter, Elliot and Allison.