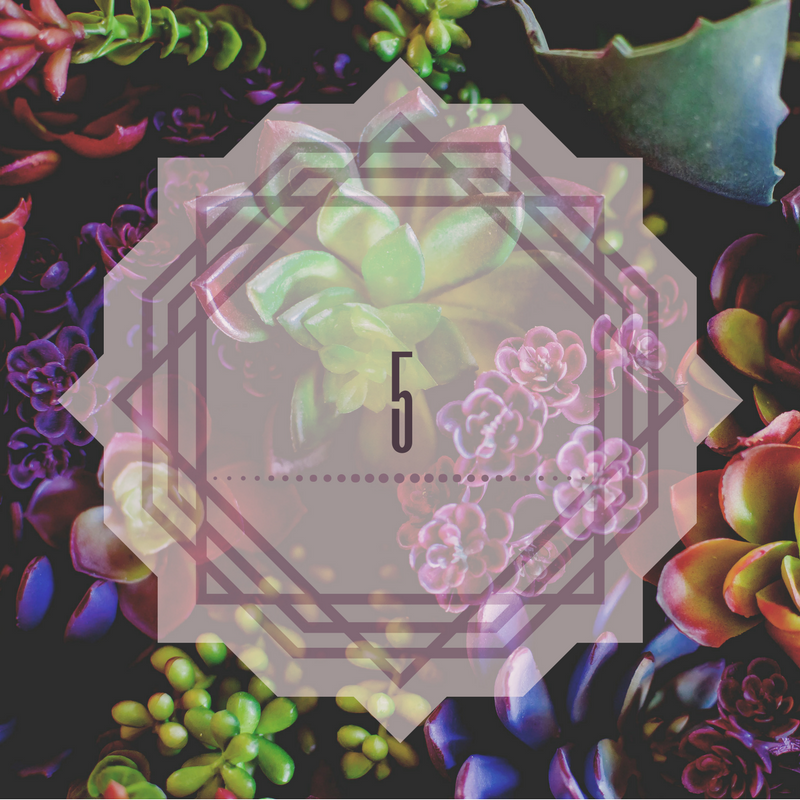 “Catch fire? Well, then, at least I’ll be a spectacle to behold, don’t you think?” Nozomi’s skin looked translucent, delicate. As if a simple sneeze could be enough to hurt her. “And stop looking at me like that!”

“Yes, you are. Everybody does.” She stepped lightly across the floor, moving next to the open window. “They all look at me as if I’m some kind of soulless thing.” She was making an effort not to give in to anger and keep her human form.

There in the distance, the Flaminio Obelisk looked like a spear pointed at the blue sky above. Every day Nozomi watched thousands of people flocking in Piazza del Popolo, looking for something to buy or just taking a stroll down Via del Corso.

Thanks to the Alps, the Mediterranean Sea embracing her and a fair amount of luck, Italy was one of the places less affected by the consequences of the MAD Days. MAD as in Mutual Assured Destruction.

Watching people going by was all Nozomi could do. Steel bars kept her isolated from the busy capital outside.

I was paid to teach her stuff. History mainly. The history of Western civilization. She could recite by heart the whole list of Roman emperors. From Augustus to Heraclitus. That’s roughly eighty names. Nozomi was smart alright.

And pretty sad, too.

She turned around and pulled up her sleeve. Coming through the sealed window, July’s midday sun drowned her slim silhouette in a bath of light.

“Do you see this?” She stepped forward. Her arm had creases, two creases criss-crossing each other a few inches below her elbow.

“I could be so many different things,” she protested, an accusing look in her eyes, “but you wouldn’t let me. I’m nothing but a prisoner here.”

After the MAD Days were over, the Bel Paese became a safe harbour for artists and scientists, engineers and architects, all sharing the same hope: fuelling a second Italian Renaissance that could help the West back to its feet.

“You’re not a prisoner,” I said. “We’re keeping you safe. That’s all we’re doing. This is for your own good.” I really believed so at the time. Or at least in part.

She was fragile, that much was true. But there was more to it than that. Nozomi was the only known member of her kind. If what remained of the civilized world was to flourish once again, an anomaly such as herself needed to be studied.

“Here I’m everything but safe. I’m . . .” She took a deep breath. Anger for her meant folding into a tiger. Or sometimes a bear. But never when I was around. “Six thousand, one hundred and eighteen.”

Whether it was the names of Roman emperors or numbers, Nozomi was pretty damn good with details. “That’s the exact number of miles separating me from home,” she replied. “Six thousand, one hundred and eighteen miles.”

Nozomi’s mind was precise and so was the mastery of her body, every time she changed it. “She”—in official reports, the pronoun she would always appear in inverted commas—was retrieved by a reconnaissance unit in the midst of a rubbled Tokyo. Soldiers looked at her through their gas masks with dazed disbelief, as if it was all a joke. And yet she was alive and conscious and undeniably so. After the military brought her to Rome, it took her two and a half months to utter her first words. Nothing too articulate—just “Yes” and “No” (with an early tendency to pronounce more of the latter than the former). And it took her twice as much to tell us her name: Nozomi. That’s Japanese for hope.

She suffered from recurrent panic attacks back then. Possibly because of bad memories coming back to her, who knows? She wouldn’t say.

Still, our psychiatrist believed these to be a clear symptom of post-traumatic stress disorder. When she panicked, she would fold herself into something not much bigger than a shoebox, and more or less of the same shape.

When Nozomi grew up, things changed. She discovered she could fold and unfold herself of her own will.

“Japan is no more,” I said. “You know that. Half of Asia is just—” I could have said deadly gasses. Radioactive rubble. Darkness and civilizations gone forever. Instead I left the phrase unfinished. “This here—here in Rome—this is your home now.”

Nozomi and I had one thing in common.

The MAD Days took everything away from me—people I loved, family, dreams—levelling London to the ground in a matter of seconds. I woke up one day, watching my old life reduced to ashes on a 46-inch TV screen. I think it was the main reason why I accepted the job. I found myself being a lonely history professor in a foreign country, left with nothing but a sense of desolation and loss, consequences of a war I didn’t even fight.

“You have to accept it,” I insisted. “And you have to stop hurting yourself, understood? The more you morph, the more time it takes for the creases to disappear. We don’t know yet what implications it might be having on your health. You already seem to be growing weaker, and if the creases tear, you may even disintegrate.”

No reply. All you could hear was the indistinct chattering of passers-by coming from the street below, muffled by the rising whine of made-in-Italy cars.

When Nozomi discovered she could change shape at will, she started testing her limits. She would change into the shape of a rabbit or a beautiful white lily. The more she practised, the more complex the forms she could mimic.

It was a genuine spectacle to behold. To see her morph like that. I did once. I saw her change into a unicorn. Such beauty. It felt like a pair of eyes weren’t enough to take it all in. It took her seventy-six folds to achieve that.

“Augustus was born as Gaius Octavius Thurinus, sixty-three years before Christ,” Nozomi said, dispelling the silence engulfing us. “And died at age seventy-five.” She stepped closer. “Is this what you want? Names and dates? Do you really think knowing all these things changes the way I feel?”

“All I’m saying is there is no other choice.”

“There’s always a choice,” she replied, her hands closed into a pair of fists. “Always.”

And this was just one of our many fights, which were becoming more and more frequent as time went by.

Pictures of Nozomi morphing were often distributed to the public. People talked about her over an espresso. But she was never that important for them. She was just a stranezza, as they used to call her. A bizarre curiosity. Maybe Nozomi reminded them too much of a nightmarish war everybody was trying to forget. Talking instead about the new bridge being constructed between Sicily and Calabria or the Serie A Derby d’Italia football match between the Internazionale of Milan and Juventus of Turin felt more like moving forward.

And yet the question persisted: what was she? Maybe the result of an experiment conducted by the Japanese government? Some kind of a mistake?

Missingness: lack of data. Scientists used that word a lot around her. They studied her non-stop, day and night. With not-so-well-hidden CCTV cameras. Samples. An infinite number of questions she had to answer daily. Did you like your meals? Did you learn any useful things? Did you have any recurrent thoughts today?

The way I saw it, she was beyond logic, measurable variables and rationality. She couldn’t be understood by attaching machines to her. As unscientific as it may sound, eventually I came to think of her as the last living embodiment of a bygone civilization. The spirit of a culture trying to survive in material form.

Whatever she really was, she wouldn’t say. But she kept on repeating the same phrase: “I don’t belong here.”

218° C is the temperature at which cellulose catches fire. The sun wasn’t strong enough. Nozomi didn’t burn up. But she did fold her body sixty-two times, taking on the shape of a bird. A crane. One that could fit through bars.

The last time I saw her, the day before she attempted her escape, she smiled at me. It was the first and last time she did that. Her face looked so serene that it caught me off guard, and I forgot to smile back..

There is a fine line between giving up and trying the impossible. But I believe Nozomi thought it could actually work. That she could soar up in the sky and fly east, high over the ravaged Balkan mountain range, the sterile wastelands of Russia and Asia’s radioactive valleys, and reach Tokyo.

Now everybody remembers her only as Paper Girl: a freak, an anomaly, the stranezza that could fold and unfold herself like an origami.

“It’s not right,” I say to our team psychiatrist, while looking at a picture on the wall of the sun playing hide and seek behind the Colosseum. “All she suffered was for nothing.”

He replies by saying what I already know: my work here is done. But the point is, I often see Nozomi in my dreams. She only appears to me in her most beautiful shapes. And every time I hope to hear her say, “I’m home at last.”

“You developed a feeling of guilt,” Dr. Russo adds, raising from the sofa and putting away his notebook. “Guilt for not paying enough attention to what she was saying to you. That’s why you keep dreaming of her every night. You feel responsible for her death.”

But the word missingness has another, much more direct meaning, too. One that doesn’t need any complex psychoanalytic interpretation.

Roberto Bommarito was born on the island of Malta in 1981. After spending his childhood in Italy, he went back to Malta where he currently resides. He has won a number of different Italian literary awards, including the Premio Robot, the Premio Short-Kipple for science fiction and the Premio Polidori for horror fiction. His first short story written in English, “Stasis,” has been published in 2015 by Daily Science Fiction. He currently collaborates with the publishing house Kipple Officina Libraria. Find him on Facebook here.