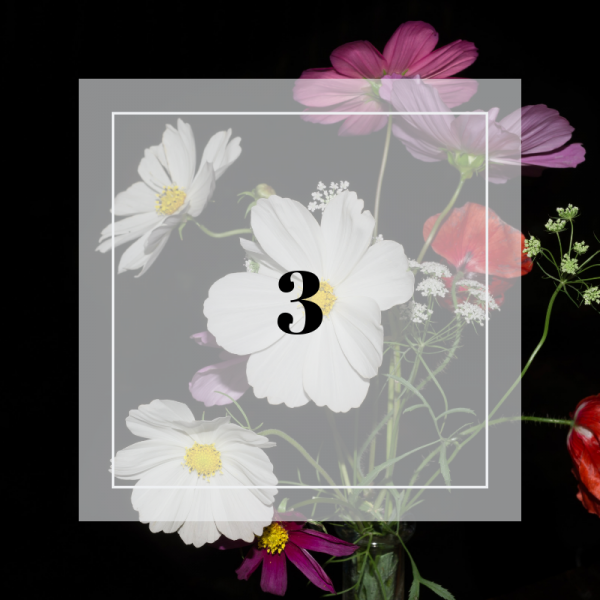 I stood up. In the furrows of the field I stood up. Thunderclouds were rolling in, bringing with them autumn rain, warm and cold at once. The red Ohio clay cut the soles of my bare feet. I dropped the spade by the small hole I’d dug out, a hole just large enough to fit one of my over-long feet. I looked back to the house, small and white-framed against the fields beyond, the trees skeletons of their former selves, shaking free of their leaves. And I felt it there again, just below the rib bone Adam gave Eve, I felt the chimes there, the chimes that rung everything hollow. It wasn’t my home, the house, it wasn’t yet. Though Momma was inside, and Papa would be driving up the county road with the sunset.

My parents told me, when I was twelve, that I was adopted, but I didn’t believe them. They approached the topic carefully, as if tiptoeing. They sat me down at the kitchen table, and the light from the window was warm at my back. There was ice cream and chocolate syrup. But their words buzzed in my ears when they explained the gist of it. No one had heard tell of any such thing in our whole county, and the girls at school—the ones who knew the ins and outs of Bloody Mary and the Ouija board—said it was more likely, given my resemblance to my parents, that I was uncanny, some fairy stowaway my parents couldn’t admit to. “Maybe there’s another you on the other side,” Rita said. “And she’s waiting for her chance to come back.”

We looked up the definition of fallow in the dictionary. We found the only field unplanted on my parents’ property. “You have to root yourself here,” Rita said. The other girls nodded, and the setting sun glinted off the brown and yellow of their hair.

“You have to do it soon,” Kerry warned. “Fairies like the fall. They ride the crows and steal the grain.”

Rita warned again, “And the other you, the one on that side, might be waiting to jump at you.”

And I asked, because it was hard for me to keep the questions in, “Why fallow?”

The girls laughed, like it was a silly question, but it was only Rita who seemed able to answer. “The other fields are already planted. And they’re going to be torn up, harvested. You want to stay planted.”

So I didn’t wait long. Though it seemed important to find the right sort of day, a day on the edge. It was a feeling more than anything I knew, like Momma saying she could feel rain coming on when it was still clear-skied and bright out. The ritual wasn’t complicated. I had already dug the hole, and there was only twilight to wait for. The sky seemed to sink too slow that day, shadows crawling lazily across the furrows, and the breeze almost cold on the back of my neck. I had pinned my braid high up on my head, so as to keep loose hairs out of my eyes. Maybe it was that other girl waiting, holding her breath, tugging at me. I wavered a little bit. A beetle crawled across my toe.

The sun dipped, finally, and the sky was rose and gold. The dried leaves crinkled on the tree branches as the wind picked up. The lights were on in the windows of the house. I stepped into the hole, just with one foot, and I used my hands to pile the dirt up around my ankle. The mud got caught under my fingernails, and I scratched the palm of my hand. I was panting, not because the burying was so difficult. I crouched down as low as I could, and I whispered the words the girls had given me to say. Maybe Rita had stolen them from a poem. They sounded fancy enough.

I waited. I was supposed to wait until the moon came out.

But I felt it in the darkness between sunset and moonrise. The sudden stilling inside me, like a wind coming to rest, curled in the roots of a sleeping tree. The chimes grew quiet, quivering in my stomach. I think I gasped or hiccupped. There was a sob caught quick in my throat. Out of the corner of my eye, I thought I saw a shadow, the size and shape of me, on the edge of the windowlight on the yard. But she was waning, her waist and chest and head dissolving into one forlorn, outstretched hand. And she was gone. My foot was almost numb, but I could just feel it still, solid, heavy, dug in. “I’m sorry,” I whispered, and I could not stop the tears now, tickling my nose and cheeks, soaking the collar of my shirt. And I knew I wouldn’t tell the girls this, not this.

I waited until the moon came up to unbury my foot, just to be on the safe side. I brushed the dirt off it, studied it, looking to see if it was different. It looked the same to me, but I hobbled a bit as I headed to the back door. I couldn’t go in right away. It didn’t feel right to be done so quickly, so I sat down on the back steps, and I placed my foot on the stair, heavy, almost painful. The light from the window was at my back and my shadow was solid in front of me.

Erin K. Wagner is a speculative fiction writer, interested in examining how the human responds to the inhuman. She grew up in southeast Ohio on the border of Appalachia, but now lives in central New York, where she hikes in the Catskills and listens for ghostly games of nine-pins. She holds her Ph.D. in medieval literature and teaches literature and writing in the SUNY system. She splits her time between academic research, investigating how medieval English writers navigated their own religious identities, and creative writing. Her stories have appeared in a variety of publications, from Apex to Luna Station Quarterly, and her novella The Green and Growing is available from Aqueduct Press.