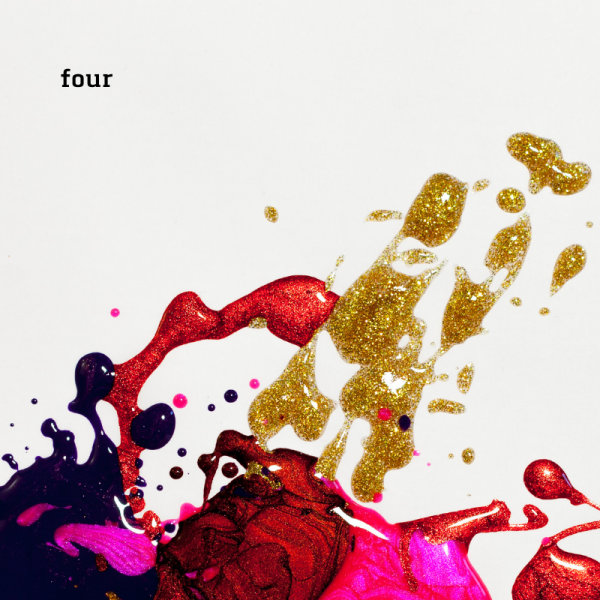 Last night, I dreamt of the spacemen in Fiddler’s Green.

I heard them floating outside my house—their suits creaking like branches in the wind, visors tapping against my windowpane—lost forever in the darkness of space.

I imagine their bodies, frozen in near zero, or else planted on some distant planet, destined to form part of some strange alien tree.

I looked for you, afraid I’d find you among them.

Ever since you left I’ve dreaded the thought of having to take your picture and place it alongside the images of your heroes, your comrades in the forest—just like so many other red-eyed widows and widowers, arriving here on their pilgrimage of mourning, have done before me. But you weren’t there.

The forest floor is flushed with bluebells, as it was each spring when I couldn’t wait to wander off with you into the trees, two explorers sailing on a sea of indigo. I’d point out the goshawks that burst over the treetops chasing pigeons, slow-worms that slithered from under upturned rocks, slick, you said, like the Milky Way, the hawkmoths that glanced from bluebell to bluebell at dusk.

But no matter the wonders I showed you, you were always more fascinated by the spacemen, whose faces looked down at us from the branches, and I knew you had eyes only for them.

My grandmother said the forest’s old name—Fiddler’s Green—was what sailors once called Heaven, and that mothers and wives, whose great loves had taken to sea, from Portsmouth, Liverpool, or Southampton, and never come back, would pin their images to the trunks of its trees—at first, sketches drawn in thin black ink, then daguerreotypes, then Kodak prints; and when our ships began to sail the stars, holopics that served as death-masks made of pure light.

I told you this the first time we met at the edge of the wood as children. You wrinkled your freckled nose and said Fiddler’s Green was a silly name; you liked the new one better: The Forest of the Noble Spacemen.

Today, in one of our secret hawthorn groves, I caught a shield bug the same shade of hazel as your eyes, eyes that by now must have seen so many unfathomable things. I put it in a jar on the mantle, so that I might feel you gazing at me, quietly amused, as I log the day’s findings.

Two curlews flew over the forest this morning, heading to their nests in the overgrown fields down the hill, their liquid warble like a babbling stream. When you got excited, you too would babble like a curlew, telling me about your favourite explorers—Scott of the Antarctic, Mary Kingsley, Colonel Percy Fawcett, who scoured the Amazon in search of the Lost City of Z.

I returned with my own stories, of Jennifer Owen, the biologist who found over five hundred different species of wasp in her back garden in Leicester, or the naturalist Gilbert White, who said that nature is so rich that any small piece of land, examined hard enough, could reveal an infinity of wonders.

When I remarked that the one thing your idols had in common was that they’d all died far from home, you said it was worth risking your life to see things and go places no one had ever been before.

I said that Jennifer Owen found four species of wasp hitherto unknown to science just by digging in her own garden.

The last day of the month marks the anniversary of your father’s death. I picked wildflowers, violets, speedwell, and thrift, and placed them on his grave in the churchyard in your stead.

A month after your father died you joined the Fleet.

“Come with me,” you said. “You could apply as a biologist. You could be like Darwin or Wallace. Imagine all the things you’d discover.”

I pictured space, which to me had always seemed so sterile, so vast and empty, and then Fiddler’s Green, so full of life that I could study it for a thousand years and never know all of its secrets.

“Don’t go,” I said then. “Stay here with me,” although I knew you would never do so.

You put your hand on my cheek and seemed to see me for the first time. For a moment I thought perhaps you might stay after all.

I found a new species of mushroom in the forest today—an inkcap, freckled like your nose.

When I arrived home, there was a message waiting for me from the Admiralty, informing, with condolences, that the ship you were on had fallen silent, all souls aboard thought to be lost.

This morning, when the dew still decorated the grass, milky-white like freshly laid lacewing eggs, I took your holopic and placed it alongside those of your heroes, your comrades in the Forest of the Noble Spacemen. After it flickered to life, I could not bear to look at it, to weep at it, to bow my head before it as I’d seen other mourners do. I thought only of how those eyes, composed of photons, could see nothing of the dappled patterns of leaves and shadows between the trees, how that nose could smell nothing of the scent of damp moss hanging thick in the air, how that smile did not light up my heart and would do nothing but disorientate the insects that fly through the forest at night.

I left, feeling your absence more than ever.

The goosander chicks have hatched on the stream that cleaves the wood in two.

I told you about the goosanders when you were in your first month of training, and you returned with how wonderfully giddy orbital mechanics made you feel.

Months later, when I mentioned the redstarts nesting in the dry-stone wall of my garden had disappeared for the winter, you replied that you’d been assigned to a crew, that you were heading out on a deep space mission, and that this might be the last time we could speak, for a while.

You shifted uneasily, and behind you on your bedside table I glimpsed my book of British birds. The book I’d thought I’d lost.

“I wanted something to remind me of home, of you,” you said blushing. “I hope you don’t mind. I was afraid you’d say no.”

The spacemen came again last night, their visors tapping against my windowpane. I searched for you, knowing that now you should be among them, your body cold, lost somewhere among the stars. But still you were not there.

This morning, I returned the shield bug I caught to the bush, hoping perhaps, though unknown constellations rise over your body nightly, you might once again see the hawthorns in bloom, once again see a wash of white stars against the dark.

Dafydd McKimm was born and grew up in the glove-shaped valleys of South Wales but now lives in the East Asian metropolis of Taipei, Taiwan. His short fiction has appeared in Deep Magic, Daily Science Fiction, Flash Fiction Online, Syntax & Salt, and elsewhere. You can find him online on Twitter @DafyddMcKimm or on his website: www.dafyddmckimm.com.