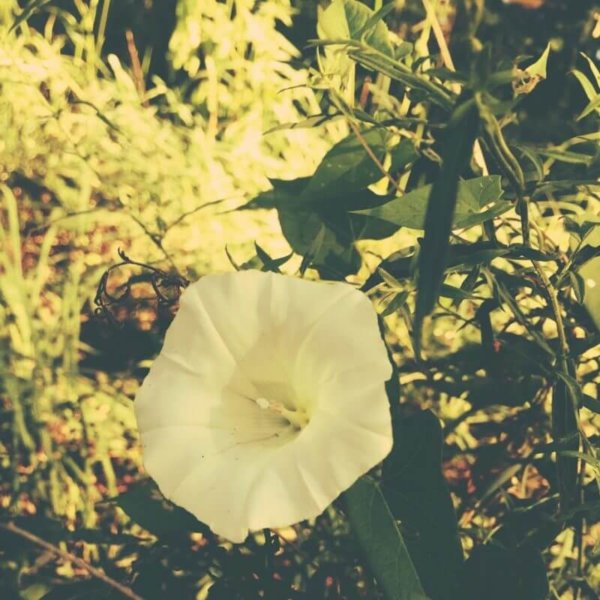 Eric Williams is a writer living on the lithified remains of a Cretaceous Seaway in Austin, Texas.  His fiction can be found in Noble/Gas Quarterly, Five 2 One Magazine, Mash Stories, People Holding, Wyvern Lit, Oblong, Squawk Back, and McSweeney’s Internet Tendency.  Say hello to him on twitter (@Geoliminal).

Madame Blavatsky called them “Dwellers on The Threshold,” and in my mind’s eye she growls the words around one of her iconic cigars, exhaling the baroque phrase in a cloud of smoke as ghostly as the things themselves. Annie Besant (after she’d traded her red banners for moon-white robes) called them astral shadows, images persisting long after their material twins have died and moved on to another reincarnation. In Theosophical cosmography, Dwellers are dangerous, echoes of the past drawn to the warmth of new lives, hoping to steal some of their fire for themselves.

For me, they’re just business.

“You see ’em?” Mr. Augustino says, peering over my shoulder.  The smell of smoke rolls off him too, cheap cigarettes rather than cigars. We’re in a freshly leveled construction site on the East Side, standing next to a silent bulldozer, raw earth still caking its blade. “I can only catch a glimpse of ’em at night, myself, but they spooked my foreman bad the other day, in broad daylight too!”

“Yeah, I see them,” I answer, squinting through my prop eyepiece.

The lens is a circle of polished faux-crystal stuck in a metal hoop and attached to a similarly cheap chain. The whole rig sparkles impressively in the evening light, which is its only job, really. Stuff like the that, flashy junk, helps to justify our steep fees. Clients eat that occult shit up.

Not that you’d need arcane help to see this swarm. They’re everywhere, flitting between the angles where our reality and theirs intersect. Hazy, smoky figures, nothing sharp or definite about them, but vaguely human-like in outline. Ripples in our pond, the drifting wrack of puffed-out consciousnesses. Individually, they’re nothing special; once you’ve seen one Dweller you’ve seen them all. Sure, this is the most I’ve ever seen in one place, just mobs of them, but even that’s nothing to write home about.

But the building? The building is something else.

It’s as watery and unreal as the Dwellers that hover around it, this ghost of a building. It’s slippery, and you can’t quite see it all in one go, the way it seems to bend around space. My eyes swim trying to separate it from the mundane background of the wide, empty lot. Shadowy windows frame the stunted trees lining the road behind it, flickering pillars run into the concrete reality of utility poles, everything shimmering against the backdrop of the real world. A row of port-a-johns on the far end of the lot get the fun-house mirror treatment when they cross behind the building, sides bulging out and the writing on their doors inverted. The Dwellers drift in and out of the building’s doorways, lean against its translucent walls.

“What was this place, before you bought it?” I ask, although I’ve got a pretty good idea already.

“Jeez,” Augustino answers, shrugging, “I dunno, tenements and shit, like all the East Side used to be. I didn’t even look at ’em before I bought ’em. Got in early, got a real good deal on this patch of dirt. I leveled ’em before the ink dried. We’re gonna put up some lofts.” He gives me a yellow, toothy grin, “Fancy ones too, real high end stuff, get that ‘young professionals’ crowd and whatnot. But this is too much!” He gestures towards the flattened lot and the ghostly building and its inhabitants. A Dweller peeks its head out of a third-story window and waves. “Can’t keep to a schedule, not with the way these things keep scaring the workers. And even if we could get the buildings up, ain’t nobody gonna wanna live here with these things hangin’ around.”

“Well, boyo,” he says, jabbing a finger in my face. “Do something! I need this shit gone. Some of the boys downtown said you fellas were the best at this sort of thing, and for what I’m paying you, you better be.” He leaves me to finish my assessment, the dust and exhaust from his big silver Cadillac Escalade vanishing into the ethereal jelly of the ghost building’s bricks.

Augustino is a big client with a big budget, so my bosses tell me to pull out all the stops. Enochian ceremonies, holy salt, blood of a white cockerel at midnight, tears of a virgin, all the usual tricks. I bring out the pins and needles. I chant the Old Names.

When that doesn’t work, and after my bosses make it clear that my continued employment hinges on successfully cleansing the site,  I get desperate and try some of the illegal “left hand” methods—man, I buried something in that empty lot that’d get me sent upstate with a quickness, let me tell you.

None of it does shit.  Once, when the thunder had died down and the wind stopped howling and the blue fire had withered to pale smoke, I thought I heard the Dwellers laughing at me, standing there alone at midnight in an empty lot, book, bell, knife, and a stupid look on my face.

I give my report to my manager. You can see the accounting going on behind his eyes, weighing and balancing and measuring until the list of failed attempts finally tips the column.

“We’ve got a reputation to keep, after all,” he says to me. “I want you to do a transfer.”

I allow myself a single deep sigh, but my manager taps the desk with his fingers and looks me dead in the eye, so I get to it. Transfers are the very last option, hugely illegal and definitely immoral, the sort of thing everyone knows is going on but never wants to talk about. I hate doing them. Rather than banishing or putting down the ghosts, you basically just haul them off to somewhere less annoying. They become someone else’s problem, “someone else” being people living in the wrong part of town, folks whose voices ain’t loud enough to reach City Hall.

I grew up in the wrong part of town. I hate doing to those people now what happened to me then.

But business is business, and Augustino is fuming at the delay. I drive the transfer truck to the site, smudge pots glowing in the dusk. The moon rises fat and cold and they gather close, mingling the spiritual stuff of their bodies with the smoke wreathing the truck.  I have to add kindling to the pots twice before I finally see the building buoy up on an herb-scented cloud, free from whatever force had pinned it to this place. I open a realtor’s map, a big 6 x 6 panel monster of the city so covered in pen marks and arrows and labels that you’d think I was planning for D-Day. I’m trying to decide where I’ll drop them when my phone rings. It’s Augustino.

“Them fuckers moved yet?” he barks at me.

“Nearly,” I lie. The building’s silhouette sharpens against the drifting haze. The floating ash from the pots tastes sour in the back of my throat.

“Swing on by the house when you’re done then. I got some questions about this bill you sent. The fuck is a cockerel, and why did I buy six of ’em at $450 a pop?”

“I don’t wanna talk about it over the phone,” he cuts me off. “We’ll discuss it after you’ve finished fulfilling your contract. I’ll text you the address and the gate code.”

The building rises and falls with every breath of air, bobbing in the wind, anchored to the back of the truck by a coil of twisting smoke. I had planned a meandering trip down some backroads to the South Side where I could dump them among the public housing down there.

My phone buzzes as Augustino’s address comes through.

I fold the map.

I crank the truck and head down the road, dead end dreams and sage smoke dragging along in my wake. In the rear view mirror I see a Dweller leaning out a phantom window to watch the city rushing by. I wave to it, but it doesn’t see me.