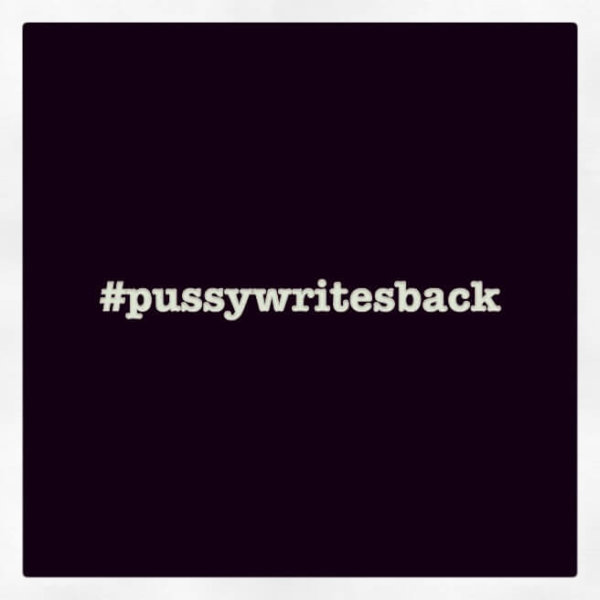 Christi Silver is a former editor who now writes realism with a touch of the unreal. She lives in Chicago with her family, and is currently working on her first novel, a noir thriller. She blogs at EditMoi.com.

Yasmina Bailey—age sixteen according to her paperwork—was already waiting for Damon Graves when he rustled through his office door, his Starbucks flat white half empty and the crumbs from a pumpkin breakfast bar still sticking to his collar. Edna had shown her in, perched her atop his examination table, and draped her with a crocheted blanket of cream Angora that she had knit for such occasions. Yasmina’s sable brown hair was wet. Her wings, a dusty gray several shades darker and less lustrous than her skin, were a thing to behold.

“Would you open the window please?” Yasmina asked, snapping Damon out of his reverie. She’d cried at some point and those tears had left streaks of black.

The bold voice startled him and he spilled his remaining coffee onto the tiled floor. Yasmina sounded quite angry. The room was small and painted the dull pink of the underside of a rose, a shade that he’d hoped would soothe, but proved more nauseating than calming. This morning, the tiny space was as cold as usual. Damon eyed the window behind his desk, painted over for privacy, before he unrolled a wad of paper towels from his workstation and covered the spill.

The liquid left an ecru stain on the paper. He threw the wad into his wastebasket and followed up with a spritz of 409, its ammonia scent hanging in the chilly air. Afterward he returned to the window and ran his finger over the layers of paint caked in the sash.

“It’s stuck shut,” Damon murmured apologetically. “Let me see.” From a drawer he retrieved a small knife, clambered onto his swivel seat, and ran the point along the window seam, the score nearly invisible.

“Are you warm?” he asked. “I can give you a different blanket.”

“No, I like this one.” Yasmina shrugged deeper into the lush afghan.

Again, Damon carved a line from ceiling to sill, his hand beginning to shake with the effort. A hairline crack appeared. He pocketed the blade and used both his palms to force the window open. He put his back into the effort and at last he was rewarded with a flash of September aquamarine through the gap.

“There!” he exclaimed through the open window. The light breeze traveled the room like cream dispersing into coffee. He washed his hands at the small sink in the corner. “Shall we begin?”

“If we have to.” Yasmina sounded bored. She lifted her shoulders and let them fall. Her wings rested lightly on her bare thighs, membranes sheer as filament concealing her genitals.

“Why don’t you tell me what happened?” Damon collected his leather-bound notebook and a black fine point.

“Can I have a glass of water first?” Yasmina asked.

“Certainly,” Damon said, and he went and filled a chipped mug at his small sink.

She grasped the mug handle with one hooked thumb and furled her wing to drink. He watched her down the water through parched and bloodied lips. When she was done she returned the mug, and the velvet nap of her wing brushed his wrist.

“Now,” he said, setting the mug on his desk before turning back to his notebook. “Let’s begin.”

“You’re not going to get it,” she blurted.

“Get what?” he asked blankly.

“Get it,” she repeated. “Understand.” She ruffled her featherless wings.

Damon held his ballpoint poised over the notebook.

“No matter what I tell you, you’re going to write what you want.”

Damon coughed uncomfortably, set his pen on the desk, and met her eyes. “Try me,” he told her.

Yasmina rolled her eyes. “Alright,” she said. “I wasn’t supposed to be there. I was supposed to be at St. Gregory’s, picking up my little cousin Sofia, but Brittany and I had a fight after school and I needed to be alone.” The words tumbled out of her mouth so quickly they ran together. “The weather was nice—like today.” Her eyes darted longingly at the wedge of open window and she sucked up the color with her eyes. When she began again, she spoke more slowly. “I went through the woods. Everyone says not to go by yourself, but I didn’t care. Have you ever done anything you’re not supposed to, Mr.—” She stopped, searched his face for his name.

“Graves. Damon Graves,” Damon said, extending his hand before he remembered her wings. He stuffed his hand between his knees and shook his head. Through the gap the sky was leaden.

“The leaves had turned red and gold and the wildflowers were going to seed and the whole place was just on the brink of death. Some of the kids from school came up behind me on the path so I wandered off a ways, just trying to get away, find a quiet spot. I climbed down a ravine to a dry creek bed and followed that. That’s when I saw him.”

“Mr. Nicholas,” she said, closing her eyes. “My physics teacher.”

“Physics?” Damon nodded approvingly. “You’re on the honors track, then?”

“Yeah, why?” Yasmina asked suspiciously. Damon shrugged and scooted over to his desk.

“Miss Bailey, do you have a history with this Mr. Nicholas?”

Yasmina flashed him a glare. “No. I mean—yes. He was my teacher. I knew you would do this.”

Damon looked her over. “Please, Miss Bailey. Why don’t you finish telling me what happened in the woods?”

Yasmina began again. “I climbed down to the creek bed and Mr. Nicholas was standing there. He had been waiting for me.”

“How do you know that?” Damon clenched his hands on his knees. “Did you ask him to meet you?”

“No.” Her voice was sure and sharp. “I’ve seen him watching me in class. While I put up my hair.” She shook her damp locks over her shoulders and shrugged her wings. “Like he’s hungry. Like a beast.” Yasmina trailed off.

Damon’s voice was pointed. “Let me just ask, when you noticed these hungry looks, did you smile?”

“Yes. ” Yasmina curled the corners of her lips.

Damon nodded. “Okay, go on. You were in the creek bed and you saw a man you say is your physics teacher, Mr. Nicholas. What then?”

“I recognized him immediately; his eyes were ravenous. And—he was covered in fur.”

“Did you call for help? The kids on the path might have—”

“No.” Yasmina’s eyes were positively turquoise. “There wasn’t time. There was no place to go.” She held on to “go” for a long moment. “When a man looks at you like that, there’s no place to go in the entire world.”

Damon flinched as if she’d accused him. “You’ve seen this look before?”

“What do you want, dates?” Yasmina’s sarcasm was light. “My grandfather when I was my cousin Sofia’s age. A twelve-year-old boy at summer camp. A man on the train once. And Mr. Nicholas whenever I put my hair up in class.” She plowed ahead, back into her story. “He leapt at me in the creek bed.”

“Leapt. Like a dog with its claws out. He tore into my pussy.” She rolled her eyes. “Can I say pussy in here, or do you want me to say vagina?” She spat out the word “vagina” as if it were poisoned.

Damon looked at his hands. “You can say whatever you want.”

“Okay. Mr. Nicholas leapt at me and dug his claws into my pussy, and I fell backward onto the creek bed. He shredded my jeans with his claws, tore off my t-shirt and bra.” Damon dropped his eyes to the pile of torn clothing on the table next to her, evidence. The t-shirt was a black knit material.

“He climbed on top of me, crushed me so I couldn’t breathe. That’s when I went away.”

“Went away?” Damon blinked away tears.

“Mr. Graves, are you sure you want to hear this?”

“Yes!” Damon cried. There was a rap at the door and Damon’s secretary poked her silver head in.

“Good morning, Mr. Graves. When you’re done with the Bailey girl, I’ve got—”

“Get out, Edna. Close the door.” Damon’s voice was almost a growl. He turned back to Yasmina. “I’m sorry. Go on.”

Another roll of her bright orbs. “If you say so. He was on me, he gouged me with his dick, and right then my fingers started throbbing, tingling like they were asleep. My fingers hurt worse than my pussy. I tried to move them and all of a sudden—” Yasmina rustled her wings, revealing a recurring pattern of blood-caked gashes running like ripples in a pond along her abdomen. She beat her wings up and down more deliberately, and Damon watched as she molted her afghan and rose off the exam table.

“I flew away,” she calmly explained. “I just flew away. I went up into the trees. I could still see him down there, going at it on top of me—” she hovered inches from the ceiling and looked down at her naked breasts, bruised to a mottled lavender. She glowered at Damon, who rolled his swivel seat back a few feet. “But the real me was in the oaks, drenched in sky.” She shook her head and a few yellow leaves fell to the floor. “It was quiet there, and that’s all I wanted. I had plenty of air. And these.” Yasmina beat her wings to stay aloft, and the breeze brought gooseflesh to Damon’s neck.

“I thought about staying up there forever. I could have left her down there to fend for herself,” Yasmina crowed, as if she were speaking of someone other than herself. “But Sofia was waiting. Mr. Nicholas howled when he finished, and finally stopped thrashing. A gush of water washed over us and filled the creek. That’s when I got hungry.”

She raised her upper lip as if to smile, paused with her teeth bared, revealing two long, thin fangs nestled among the pearls.

A gust of wind through the gap caught her hair and pushed a cloud of soot around Damon’s office. The cloud circled the room and swept back outside. The aquamarine returned to the sky, and Damon shook like a dog after a swim. Yasmina wilted onto the exam table, her wings askew and her body deflated. Damon wailed, then swiveled toward his desk and scrawled a few illegible notes amongst the lines on his pad. Finally, he stood and donned his white polyester lab coat to begin his physical exam.

The fur between Yasmina’s legs was as damp as her hair, and her eyes had faded to a leaden gray. Damon observed the digits of her left hand, bones thin but strong, fingernails painted black and filed sharp as talons. He walked to his dusty bookshelf and removed a large volume, consulted the index, and flipped to the section on Laurasiatheria chiroptera. Bats have a thumb and four fingers, similar to humans, he read, then put more notes on his pad.

He extended her wing, revealing her bruised breasts and gashed abdomen. From one of the cuts something protruded; Damon used tweezers to remove it. Under his microscope he discovered the pronounced onychorrhexis common in the claws of the North American gray wolf.

More notations were made, photographs taken, Yasmina’s body arranged demurely. He slipped Yasmina’s clothing into a plastic bag for the authorities. Last, Damon laid the angora blanket over her face as a shroud.

This time, when the rap came at his door, he kept his composure. “Come in, Edna. I’m finished here,” he told her, hanging up his lab coat. A gust of wind swept the paperwork from his desk to the floor. He stooped to pick it up. “Check something for me, please,” he requested. “Does the perpetrator have any puncture wounds?”