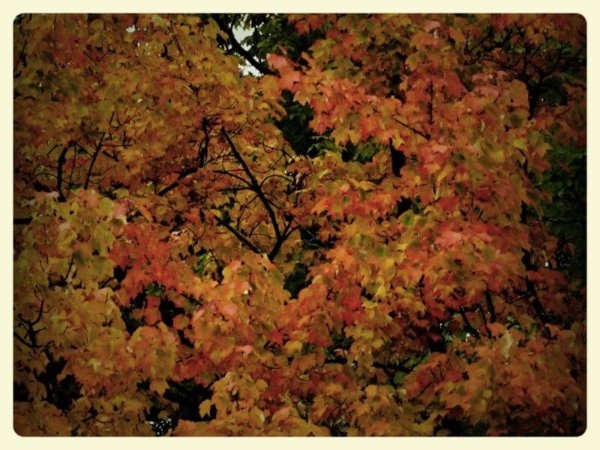 Anca L. Szilágyi’s fiction appears in Gastronomica, Fairy Tale Review, Washington City Paper, and elsewhere. Her nonfiction appears in Electric Literature, The Rumpus, and Los Angeles Review of Books, among other publications. She is the recipient of the inaugural Artist Trust/Gar LaSalle Storyteller Award and has also received fellowships and awards from Made at Hugo House, Jack Straw Cultural Center, and 4Culture. The Stranger hailed Anca as one of the “fresh new faces in Seattle fiction.” Her website is ancawrites.com. You can find her on Twitter @ancawrites.

The earthquake slashed a ravine through the woodland, and a gray smear of clouds settled above it. A dislodged boulder slid downhill into the pine mulch.  Under the cloudy dome, trees thickened and multiplied.
A wild-haired child, no taller than a wolf, followed the boulder’s path into the gulch. Her face was streaked with mud and snot. She ran a sword fern under her nose. At the bottom of the gulch, she sat on the boulder, dipping bare toes into a creek trickling beneath it. Crows hopped in the branches, memorizing this interloper’s face. A branch cracked, and, up the steep ravine, the child spied a mountain lion. She found a wet black rock, just a bit bigger than her hand, and struck it against the boulder until it made jagged edges. She clutched the weapon, watched the lion rustling among the pines.
Time passed, a constant mist emitting from the cloud smear. The cougar slunk atop the edges of the ravine, circling it but never getting close to the vigilant child. Her boulder grew slimy. Crows building nests dropped twigs in her hair. Still she remained unmoving, on the boulder, with her jagged black rock. The trees continued thickening. The girl’s skin slid against the boulder’s green slime, and fuzz began to mottle her legs—a soft green fuzz. A lace of bright lichen crept up her arms, chin, cheeks. The green crept from her limbs up the sides of the thickened tree trunks, under so much soft moss that the echoes of footsteps and animal sounds grew muffled in the gulch. The moss sunk roots into her chest and a sword fern erupted from her heart.

The girl perched on the boulder, unflinching, the flesh beneath her moss hardening into bark. And the moss and lichen emanating from her surfaces continued creeping through the ravine. The air scented green. The mist, too, took a verdant hue.

And all of the ravine’s hush gravitated around this wild-haired child, so still, so vigilant on her boulder.
Her eyelids, open; her eyes, watchful.  Mushrooms grew out from them in stacked ledges, and in the winter, the branches growing from her hair like multi-pronged antlers produced ghost berries. Only if you are very still and quiet, more quiet and still and vigilant than the moss child, so quiet that even the crows would not detect you and announce your presence or try to memorize your face, that even the cougar would not pick up your interloping human scent and hunt your flesh—only then might you catch a crack in her lace of lichen skin, a crack in her bark mouth. Her mushroom eyelids a subtle slit.

The mermaid rubbed her barnacled cheek on a rock. The surf crashed against her fins. She eyed the woman on the beach, sunning against an enormous, dome-like stone, erupting from the sea. Sparse trees atop the dome swayed. At high tide, it was an island. At low tide, the path to it glittered with jellyfish and stars. The woman, beaming, sipped champagne from a coupe and rubbed her prominent belly, taut and bulging. Her skin glowed. Marine scents, brine and seaweed, wafted. She picked an oyster off a plate on her gingham blanket and let its body—raw, gray, slick—slide down her throat. The mermaid soughed with the beat of the surf and flicked a barnacle flake off the top of her cheek. The oyster shell clacked on the porcelain. Its smooth iridescent insides flashed in the sun.

Time came when the champagne drinker finished her oysters, rose languorously, and plied in the grass. The infant sported a violet hue. The woman wet a cloth with the last of the champagne and wiped it clean. She put its wild strawberry mouth to her nipple until its stomach filled with milk. Then she swaddled it in the gingham picnic blanket, nestled it in a tuft of sea grasses, and at low tide walked to the mainland, spine erect and never turning back.

The mermaid hauled herself onto the beach. Sand caked on her body. The infant sneezed. She unwrapped the swaddling and put her mouth to its small neck, to reopen its gills. Hanging from a branch in the dome’s crag swayed two dried salmon skins. The mermaid had put them there. Their tiger skin sparkled. The mermaid fastened the skins on the baby’s legs, tied with kelp. She brought the infant to her warm sandy chest. Its face nestled in her neck and snuffled. With one arm, she dragged herself back to the sea. She taught the infant to swim.

Photography by Toni Holtzman. Toni lives in Gaylord, Michigan, where she works as a hospice R.N. by day, and often night. She loves to travel, and recently returned from visits to Rome, Greece, and Israel.