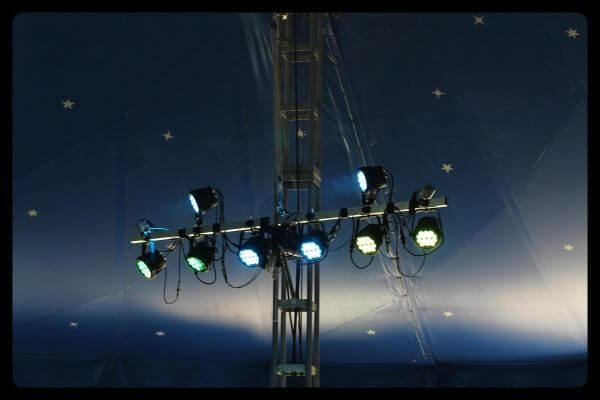 You Will Fall in Love With Another Funambulist

His name will be Emil and he will walk the highwire as if he is one with it, swaying to a rhythm no spectator can feel, oblivious to the gasps and intakes of breath fluttering through the house. You will meet when you are a First of May, green as the grass in the lot. As he takes you in his arms behind the calliope, you will sway with him, and when only the taste of his kiss remains, you will float several feet above the ground, finding it difficult to keep one foot in line with the other.

“I lost my balance,” you will say.

The Strongman Will Be Jealous

Henri will eavesdrop on between-act whispers in the back yard, hear your footfalls as you slip out of the funambulist’s sleeping car, cock an ear to catch the sweetnesses you mutter to Emil on the rope ladder. He will refuse to listen when you tell him there is another man. Later, during his act, Henri will drop the weights and you will mistake this for acquiescence.

“I lost my balance,” Henri will say.

A Net Is a Delicate Apparatus

Circus folk have an acute sense of smell and will always sniff out the traitor in their midst, but resets and tear-downs and overnight jumps to strange cities can dull the senses. By summer’s end, tired show hands will forget to spot check the net, and they will miss the small, symmetrical snips in the fiber. This will not matter, because Emil’s only fall was for you.

“He’s never lost his balance!” the announcer will say.

The Charivari Is Not Enough of a Distraction

Two minutes into Emil’s last walk you will watch your heart plummet to the earth when he drops down, down, and down. You will feel it split into uneven bits when the net fails to cradle him and you will deafen yourself to the disbelieving screams from the grandstand. No one will laugh when the clowns tumble in to mask the scent of death.

“He lost his balance,” someone will say.

Under Certain Circumstances, You May Unbuckle Your Harness

You will follow Emil’s steps because you are his ringer and you are circus folk and the show must go on. When you are high, high above the house, you will finger the buckles on your mechanic while the handlers below manage your lunge lines. From the halfway point on the wire, you will fall and feel the ground and the locals in the stalls will cry at another disaster. Henri will rush to catch you, but Emil will be faster, and you will find yourself back in his arms.

“I lost my balance,” you will say.

“Balancing Act” was originally published April 2016 in Zetetic: A Record of Unusual Inquiry.

Christina Dalcher weaves words and mixes morphemes from her home in the American South. Recognitions include The Bath Flash Award’s Short List, nominations for Best of the Net and Best Small Fictions, and second place in Bartleby Snopes’ Dialogue-Only Contest. Laura Bradford represents Christina’s novels, which feature a sassy and stubborn linguist with anger management issues.

You can read additional short work at http://christinadalcher.com/writing/shortsandflash/ or follow Christina @CVDalcher.