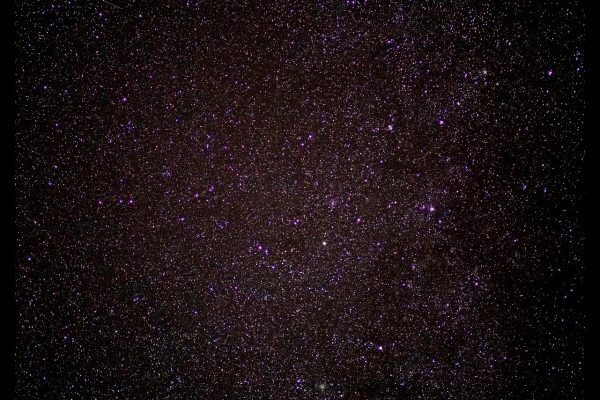 “Sometimes it’s too much,” Jack says. The ship hums beneath them, steaming out to the fishing grounds. He and Garl lean against the side.  “If you’re on the water at night with sea black beneath you, and sky black above you, it all seems too big. Might swallow you whole.”

Jack squints at Garl’s lopsided smile and clears his throat. Doesn’t do to be poetic; most crews refuse to sail with him, say his ‘poetics’ make him damned unlucky.  Head full of nothing but dreams. Merv’s only taken Jack aboard the Dipper because he’s ten thousand in the hole over a broken stabilizer and desperate, even for a ghost crew of two.

On this night, sky scattered with constellations, sea crusting his skin with salt, Jack feels very lucky indeed. It’s been a hard winter and he is grateful for work.

Twenty two nautical miles out, they haul in gill nets full of turbot – brown bodies thrashing in the netting. Some of them have torn open, blood shocking against dull scales. Even that seems beautiful.

Then they hear it – guttural  moaning from the vessel’s bowels.  An eerie leviathan’s lamentation. Jack crosses himself.  The boat’s lights stutter and go dark.

The boat shifts . Jack and Garl slide backwards in water and muck. Jack’s shoulder connects solidly with the winch. For a brief second, he is falling … but upward. Then everything rights itself. Still holding the nets, Jack heaves himself upwards.

Jack holds out the nets. There, twined in their depths, something glows. Dim at first, but gaining, a wick catching flame. A star.

As if prompted by their voices, the ocean around them begins to glitter. The waves are strewn with small, starry lights. Jack has seen a burning sea, trailed his fingers through phosphorescence. This is not the sea he knows.

The nets fill with them: stars that scald their palms, singe their fingers. When the last net is hauled, Merv comes down to stare at the overflowing hold. “A fortune, boys,” he says, cupping a cooled star in his palms. “These’ll be worth a bloomin’ fortune.” And then, “It smells like…” He lifts it to his mouth.

Jacks thinks he’s crazy – the burn would tear the skin from the tongue – but Merv’s face flares with satisfaction. “Taste,” he orders. “It tastes like a half-melted icicle, a mouthful of fresh snow.”

Garl licks one held half-wrapped in his jumper sleeve. “Blue popsicles,” he murmurs. “The ones I loved as a boy.”

Jack chooses one – small, small ones are always sweeter – and blows on it before picking it up in his fingertips. It’s warm but not hot. His tongue puckers at its tartness. Raspberries. Fresh, juicy raspberries like his grandmother’s pies. Covered in cream.

They eat the stars, one after the other, until full to bursting. The glow sticks to their fingers, runs down their chins. Each one tastes different, flavors they’d long forgotten – fresh buttery popcorn from the fair, a tentative first kiss, rain on a scorching July day.

Without instruments, they use floating constellations to determine which way leads home. It is well past midnight when the sky releases them: a thick plop, whirring of the engines, and they are steaming again. It’s the oddest feeling; Jack’s heart remains firmly in his throat.

It’s almost six am when they reach the wharf.

“Catch?” says one of the fisheries’ observers as he approaches the boat, looking down at his clipboard. “You weren’t scheduled.” When he sees the stars spilling onto the wet wooden boards, amidst overturned buckets and discarded gloves, he says, “Holy Lord. What is it?”

“Try one,” Garl beams, offering. The observer takes it, star’s gleam flickering across his face, and bites.

They sell their catch within a few hours. Rumors travel like electricity from outport to outport. The profit is more than Jack has seen in his life – enough to repair the roof, to buy wood for next winter. Yet, when Merv says he’s steaming again as soon as dark falls, despite the scheduled departure time – “they’ll all be following us, kid, if we wait” – Jack doesn’t think of the money another full hold will bring, but rather the way stars flared in his palm.

That night brings in another full catch and the next another. Jack, Merv and Garl  begin to sleep on the boat, curled up in coils of rope. Stars become their breakfasts, their lunches, their suppers. They are so full of stars they glitter and glint of their own accord, lighting up the deck like sparklers. Unable to hide their departures from other crews, soon they swell to a flock of three, nine, sixteen boats – all heading into the darkness miles off the coast and waiting for the sky to swallow them up. Midnight after midnight, they pull up stars tangled in their nets, filling their holds to capacity.

One crew crochets a net big enough to scoop up milky pieces of moon and when they return that night, they scoop large chunks of it in their hands, sucking it down like fizzy champagne. It sells for thousands per ounce.

It’s not just fame. Or the money, although that’s good. It’s not the taste, although that keeps Jack’s feet firmly planted on the deck night after night. It’s that moment when lights and instruments go dark, just before stars begin to glimmer around them – the space of a heartbeat when every engine falls silent. That fills Jack’s soul.

“Almost there,” Garl grunts, although Jack could have told him. He feels it in his nerves.

He stands, hands on the boat’s railing, night-blinded. As he inhales, everything blinks out. A whooping cry travels across the water from another boat. Jack closes his eyes. He tightens his grip. For a moment it feels as though his skin is being drawn off and then with an exhale, all settles again.

“What’s going on?” Jack’s heart shivers, skips a beat. Disoriented, he reaches out to grip the steel railing.

“There’s nothing. See anything?”

There’s nothing to be seen. They are cradled in pitch – no light, no star, nor moon to be witnessed. The sky is emptied. Faintly, in what might be the far distance or only several metres away, one of the other boat’s crew flicks a lighter. The tiny, faltering flame illuminates his face. One, by one, other crews do the same. A sea lit with counterfeit stars.

Jack checks his pockets. His lighter’s in his other pants.

Jack cannot see Garl standing only metres from him.

“How we going to get home?”

That’s the real question. Dropped into all of this black sky like a stone into the water. “I don’t know, Garl,” Jack says. Even though he’s scared – more scared than he could say, even in verse, he feels the thrill of it fill his heart, full and fuller and  fuller, until he might burst.

“Trawling the Dark” originally appeared the NL Arts and Letters 2016.

Sera lives at the edge of the world with two fierce, snuggly beasties and a patient husband. Her stories have appeared in Rose Red Review and Sick Lit Magazine and she was one of the winners of short fiction in the NL Arts and Letters 2016.