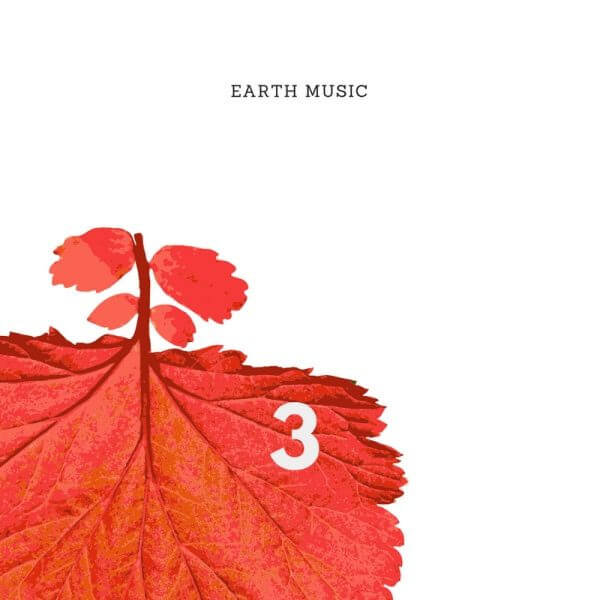 In the long sleep between home and Earth, Ve dreamed in song. She dreamed of percussions that sounded like war, of lilting chants so like her own lullabies. But most of all, she dreamed of the dun-dun-dun-DUN.

When others would describe the images found on the disc, they would set the record to play the grand song that began with the dun-dun-dun-DUN. In her mind, each note was a brick in towering skyscrapers, a twist in the cable of a grand red bridge, or a swooping white sail in the opera house on the harbor.She was not able to see any of the objects described, but imagined how music would echo off each structure.

This music was the heartbeat of the people who had sent the disc into space so many millennia ago. Her people tried to describe the humans in the pictures, but she had never seen her own face, and she struggled to understand the description.

Pointy noses, hands with too many fingers? Strange, filament-like growths on their heads and chins?

But in their music, she knew them.

Ve dreamed of speaking their languages – she knew every greeting in every tongue, though her vocal cords stumbled on some of the syllables. She wondered if the humans could learn to speak Astrese. What songs could she teach them?

Hope and excitement danced to the beat of Ve’s sleeping heart.

The long journey was coming to an end, and her stasis pod released its snuggly hold on Ve’s body.

Consciousness came with the cool shuttle air and the smell of prepackaged garro root stew. The others were awake, making food and doing other exciting awake things.

Ve felt her way out of the pod and down the hall, palms trailing along the slippery walls that turned rough and bumpy when she reached the kitchen. A bowl was placed in her hands, and her uncle led her to a seat.

A cacophony of sounds, not at all musical, echoed through the big room. Every footstep, every dropped spork. It helped her mind make a map of where everyone was.

“What food do they have on Earth?” Ve asked.

“Good morning to you, too.” Her uncle laughed, deep and elegant, like the dun-dun-dun-DUN. “Did you sleep well?”

She nodded, mouth full of the sweet stew. “Tell me about the food again.”

“We can’t be sure what all the pictures mean, but they have little yellow flowers like we eat.”

Yellow. That meant sour and slimy.

“Big meat animals with flappy ears and a long face. And the recordings of insects that buzz mean pollination, which means fruit.”

Ve smiled. They had some fruit in cryo storage. Would the humans want to trade?

The ship shuddered as it slowed down, and a cheery little ping! cut breakfast short.

“I know what my job can be,” Ve said quietly as she and her uncle followed everyone else to the captain’s Big Announcement Room. It smelled musty and too many people in too small a space raised the temperature more than she liked, but Ve was excited to be there. Though they had woken periodically to maintain the ship, the captain only called them here for big, important things, like the halfway point in their journey.

“I want to be the person who goes out first and shows them we’re friendly.”

“Ambassador.” The word left a tingly feeling on her tongue. “Yes. I want to be an ambassador. If we were going to attack and eat them, we would send someone who could see. They’ll trust me, because I don’t have eyes.”

He didn’t tell her this was a bad idea, but his breathing changed. Slow and annoyed, thinking she was foolish and naive.

“‘I send greetings on behalf of the people of our planet,'” the captain began, reciting the introductory message on the disc that found its way to their planet all those years ago. His voice wavered on the English words. “‘We step out of our solar system into the universe seeking only peace and friendship, to teach if we are called upon, to be taught if we are fortunate. We know full well that our planet and all its inhabitants are but a small part of the immense universe that surrounds us and it is with humility and hope that we take this step.'”

He cleared his throat and continued in his native Astrese. “These are the words that changed everything for our people, that let us know we were not the only intelligence in the cosmos, and these are the words which we inscribed on our own probe.”

Thunder and earthquakes rocked the ship. Ve smiled and squeezed her uncle’s hand. They were entering the atmosphere.

“This message of peace has preceded us. With luck, the humans are still the humble and curious species they were when they flung the golden record out into space, and they will accept our researchers and families with love and kindness and–“

A gasp rolled around the room as the thunder died away. They all could see Earth through the big windows at the front of the ship.

But those weren’t happy gasps.

The reports came in from the recon crews, each a falling petal on the dying flower of hope.

It took too long for the disc to reach Astra, and for the Astrans to travel to Earth. Humanity had gone extinct, its gorgeous cities long since reduced to rubble and overtaken by jungles and forests.

They never knew that they weren’t alone in the universe.

Ve sat on the steps of the ship, where her people were supposed to meet the humans, dangling her legs in the warm sun.

The planet smelled like life. Rich and vibrant and clean. They could survive here, the crews said, but they were still alone. Everyone they had ever known back home would have died from old age.

For all they knew, so had their planet.

Ve listened to the sounds of the sticky, hot jungle. The buzzes and chirps and rustles. It was the music and language of Earth, but not the same one she studied. She couldn’t sing these songs, and no one returned any of her greetings.

And then she heard it, so faint she almost thought she imagined it. But no. It was real.

Woven in with the squawks and hoots of the natural world, there came human words. English.

Ve stood up, clasping her hands with joy. “People!” she called out. “There are still people here!”

Without waiting for her uncle or anyone else, Ve ran towards the sound.

The ground was soft under her feet. Cool, wet leaves slapped at her face. The echoes of the wild helped her form a busy, confusing map of the rainforest.

Her people followed, calling to her, but she let the calls of Hello there lead her deeper into the smell of soil and flowers. She held her hands out in front of her, stopping when her palms touched rough bark.

The voice was all around her. She spun, couldn’t pinpoint it.

She tilted her head up. The human was above her. She licked her lips, took a shaky breath, and whispered, “Hello.”

Another voice joined in, and another. A chorus of Hello all around.

“Greetings from the people of Astra,” Ve said slowly. Their greatest linguists had deconstructed English grammar and tried to create a dictionary of words not included on the disc. She desperately hoped they were correct, and that she wasn’t going to say anything insulting.

She, the first Astran to communicate with humans! She giggled at the very idea of it before regaining her composure.

“My people received your message. We traveled far to meet you. We mean you no harm. My name is Ve.”

She extended her hand in greeting. There was a flutter, and two clawed hands came down gently on hers, curling around her fingers.

When nothing more was said, Ve reached out curiously and found that the human was not only holding her hand, but sitting on it! She had thought they would be taller.

In the interest of interspecies friendship, Sweetie let Ve feel the soft, feathery hair that grew all over her body, and used her long, sharp nose to examine Ve’s flat face.

Ve’s fingers found what felt like a wing – no one had mentioned wings in the pictures. “Thank you. You feel pretty, too. You must have evolved since you sent the disc.”

The linguists had clearly gotten the language all wrong.

But did humans still sing?

For a long, long moment, longer than the dream-filled journey from home to Earth, no one responded.

Then, all at once, every human sang.

The jungle came alive with dun-dun-dun-DUN, whistled and chirped and warbled by a thousand different voices. Some of them knew the whole song, and the those who didn’t kept the heartbeat going in the background as they sang out across generations.

Their cities were gone. The skyscrapers and the red bridge and the swooping sails on the harbor.

The humans themselves were all but gone, their culture and history lost as nature and time forced them from their homes and turned them into little feathered things with wings and beaky noses.

But still they remembered the humans who came before and taught them how to sing, as they would teach their children.

Ve heard the footsteps as her people found her, and she took her uncle’s hand.

“I found the humans,” she told him, bringing Sweetie, bobbing up and down in a traditional Earth dance, to sit on his arm. “They’re very friendly!”

He tensed up. She felt the collective intake of breath, as if there was something the Astrans dared not tell her.

The Earth sang out in swirling, exuberant celebration. Her children, and the children of Astra, were not alone in the universe. And they never would be.

Jennifer Lee Rossman is a science fiction geek from Oneonta, New York, who enjoys cross stitching, watching Doctor Who, and threatening to run over people with her wheelchair. Her work has been featured in Circuits & Slippers, Spectrum Lit, Expanded Horizons, and Cast of Wonders. Find her here on and twitter.