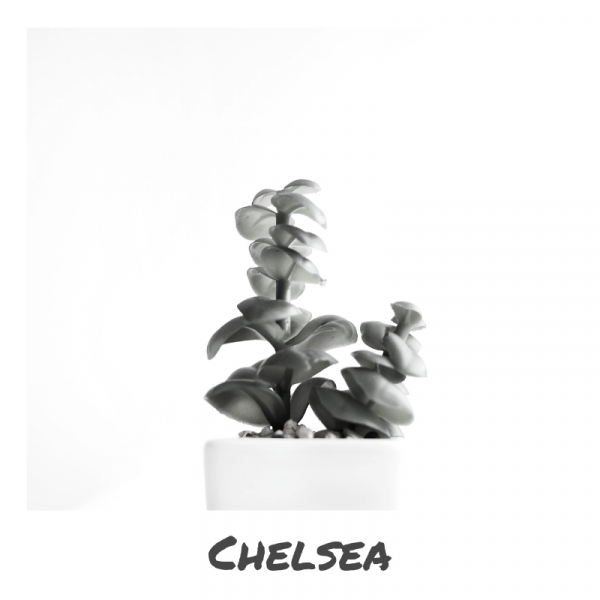 Chelsea Hanna Cohen lives in Brooklyn, works in publishing, and plays piano when she isn’t writing. She is an alumna of the 2018 Tin House Summer Workshop and is the managing editor of Syntax & Salt. Her work has been previously been published or is forthcoming in Split Lip Magazine, Jersey Devil Press, and freeze frame fiction, among others. You can find her on Twitter. The Girl with the Butterfly Hands was previously published in the Harvard Bookstore collection Microchondria II in March of 2015, and reprinted by Duckbill in August 2015.

When Ana was born, she weighed 8 pounds, 11 ounces and had beautiful monarch butterflies with brilliant orange hues where her hands should have been. How does this happen? we wondered. Nothing like this had ever occurred in our town before. No one knew who her father was except her mother, and she wasn’t telling. What will happen to her? we asked. How will she write, hold things, read?

Her butterflies grew with her body and thrived at the ends of her arms. She used their wings to pick things up, wrapped their legs around her pencils.There were, of course, some things she never did. She never played the piano, never played basketball. But still, she was happy.

Even as her classmates gawked, their stares and jeers never seemed to affect her. When Ana and her mother ran errands and we whispered, it was like she didn’t hear us. Her mother would glare, but Ana just kept smiling, kept laughing. And as she grew, the whispers ceased. Her joy was infectious. We found ourselves coveting her butterflies, her uniqueness. They really are beautiful, we’d say wistfully to each other over coffee.

She was eighteen, just graduated from high school, when we began to wonder about her plans for the future. Some children her age were going to college, while others were readying themselves for new jobs or internships. We didn’t know what Ana’s plans were, and whenever we saw her mother around and asked, her mother just shook her head. “Ana will do what Ana will do,” she said with a smile.

She did end up leaving, all right – just not the way any of us expected her to.

It was a Sunday morning when she kissed her mother goodbye, lifted her arms, and rose into the air. “We’re off to see the world,” she called, laughing as she flew. Her butterflies flapped their wings, pulling her behind them. As she shrank into the distance, we stood and waved, sure she had a bright future ahead of her.

She came back a year later, bloated, pregnant, landing in the town square as her mother ran to meet her and we crowded around the edges, eager to catch a glimpse.

“He loves me, butterflies and all,” she said.

Her mother cried, but we couldn’t tell if it was out of joy or out of sadness. “What if it’s like you?” her mother said, and we could see the horror on her face when she realized what she’d said.

“What’s so wrong with being like me?” Ana said, and we wept with her as she said it.

It was no surprise when she again took to the skies, leaving her mother below. We waited for her to come back, but we never saw her again. Every so often,though, we’d see a beautiful monarch butterfly with a color pattern just like Ana’s and we‘d smile, knowing that a part of her was still here with us.