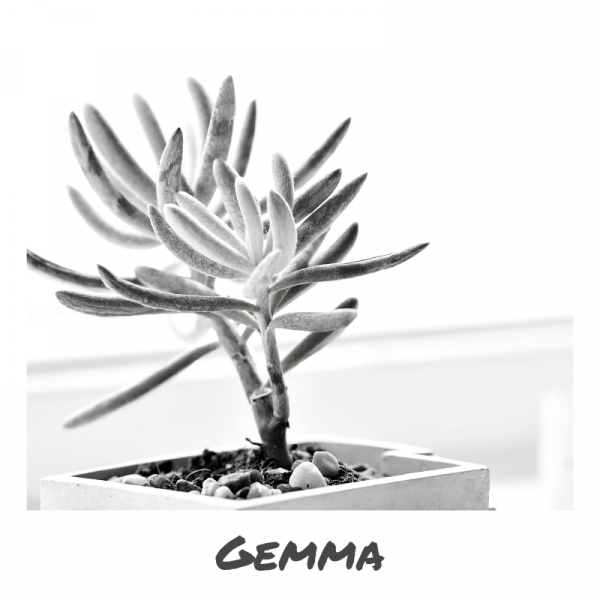 Gemma Mahadeo (she/they) is a Melbourne-based, London-born writer and occasional musician whose poetry and non-fiction has appeared in online and print journals throughout Australia. Gemma blogs drink & zine reviews on eat, drink, stagger and edits reviews for Melbourne Spoken Word when not writing poetry or reviewing books, or reading submissions for Syntax & Salt and can be found online on Twitter @snarkattack or IG @eatdrinkstagger.

the MFA circlejerk cycle was previously published online at Subbed In Publishing’sIbis House(Australia) in October 2018.

Tangela: an unauthorised biography (a response to Tanya Thaweeskulchai’s A Salivating Monstrous Plant)

This piece was was previously published online for Peril Magazine (Australia) in November 2017.

Tangela’s vines snap off easily if they are grabbed.

This happens without pain, allowing it to make a quick getaway.

The lost vines are replaced by newly grown vines the very next day.

I try to imagine that this belletristic discourse mass-grouping is really by Tangela*, from Pokémon GO, or that Tangela is pretending it is ghostwritten. If we entertain these possibilities as real, perhaps it’s intended for a scientist, or loved one. I imagine them to be a dancer, or a wordsmith struggling with creative taxonomies. The person who defaced this copy of the your potentially open-secret autobiography could identify with that latter label-occupation. It’s probably to a lithe, unapologetic dancer – there is something in them that embodies space – in moving, they are being, rejoicing and growing. They self-nourish. The best of them are nourished. To watch them is to be colonised, willingly. So it is too with plants, though both watching and witnessing is colonization.

If this is a confessional love letter, who has written it, if not you? I feel I have inklings into your type, so you would need to fool me by other means. Days spent binge-playing Pokémon GO, feeding your hunger, boosting your bodily statistics, to render you as you are fully capable of being, is not easy. One can’t catch many of you out in what we call ‘the wild’.

I’ve walked off anxious energy trying to find others of similar or identical being – stall upon knots in my now-taut calves as partial evidence. I keep eyes peeled but am resigned to tending to housemates’ succulents and winding plants. My anxiety is now controlled with exercise, rest, and medication. On bad days, I still conjugate verbs into various obsolete French tenses. There is an organisation and its offices that prescribe us our productivity aims. There, I’ve waited several hours and read through languages meant to negate the assigned helplessness society affixes.

My brain automatically translates into Tagalog when afraid. My brain thinks it, but cannot notate it, so in a way the fear is less polluted.

Your entity is not shaped by your activity, passivity but in being. Even your stasis is an existence. I wrap my head around – no, not literally, us humans are funny in that we invent these expressions to convey emotions and actions simultaneously – the fact that there is no such thing as nothing. I don’t want to get philosophical but you force me to challenge my modes of thinking in your existing, being. Warmth of emotion is something too that may be lost on you. Those times I put my brain and body in pursuit of the best it could be at university. Wanting to learn so much, so quickly, yet not valuing that which I learnt. Not realising that through my flawed, injured corpus, I could still convey a breadth of feeling, indeed – multitudes. Overuse injuries attained as sadomasochistic proof that all my mastery of Western high art musical syntax on a transverse flute was possible. It wasn’t enough because I was taught to base everything that I am on it. Imagine – you could wind your limbs around a flute’s platinum tube and crunch out all the space, if you grew and were not pruned. You wouldn’t even have to try.

A tendril grows. It thickens. Some shoots and leaves may fall. It gets hold of the flute key cage, grows in a guided manner to wrap and cover its gleam. Your squeeze tightens. The human eye can’t see what you’re growing about. Your tendrils might become branches, greenstick fractures might birth microscopic leaves. The flute is no longer hollow. You haven’t quite consumed, digested, compressed it into its densest form as a chemical element. It’s semi-absorbed, half-absorbing.

My human form came across a book that inhabitants of my city had chosen as their next book club candidate. We group together as much as post-capitalist schedules allow us to discuss the ways our neurochemical networks interpret the page’s symbol permutations and combinations.

Alphabet organisations of the words ‘commodification’ and ‘monetization’ are encouraged in various aspects of human existence. Example: if currency exchanges can be negotiated, a ‘start-up’ is favoured in particular circles. Why do we not name these an ‘end-of-being’? If a human ‘works’, it is not supposed to ‘enjoy’ this state of action. If a human ‘loves’ what it does for ‘work’, it is expected to measure this ‘productivity’ over a linear timeframe, and attach its local currency to it per unit.

Overuse injury: practise trill exercises and do not take breaks per fifteen minutes for five minutes within a human hour. Corporeal degradation is often measured or defined by pain.

A state of commodified repetition is encouraged. If it yields a product, it does not matter how the machine has achieved it. Ideally, you can cease your preferred production once you yield enough, but exhaustion and injury attained means this is often impossible within our carbon-based mesh of cells.

Initially, I didn’t want you to find out that I love you, but now I’ve confirmed this is true. If I’m going to commit to such an opinion, then to honour you, I should try best to explain why I feel the way that I do. Imagine me, a sentimental, feeling being, will direct its critical thinking towards analysing a literary work it likes, enjoys, feels embodies you best. It is by another. Using the restrictions of languages and bodily practises, and reining in my creative wanderings, I seek to celebrate you. While I do this, I listen to music I cannot perform, reproduce bodily, enact. My sentimental being thinks fondly of it as a soundtrack to these syntactical enactions.

Your ways of being, of doing, are as pure an existence that us humans have yet to master. Even our binary gender classifications seem the basest reduction, but many of us apparently need these approximations. It’s supposed to help us relate to you better.

How do you view us?

How do you relate to us?

Walt Whitman, Song of Myself. (1892 version) Accessible at https://www.poetryfoundation.org/poems/45477/song-of-myself-1892-version

Walt Whitman, Song of the Open Road. Accessible at https://www.poetryfoundation.org/poems/48859/song-of-the-open-road (1881)