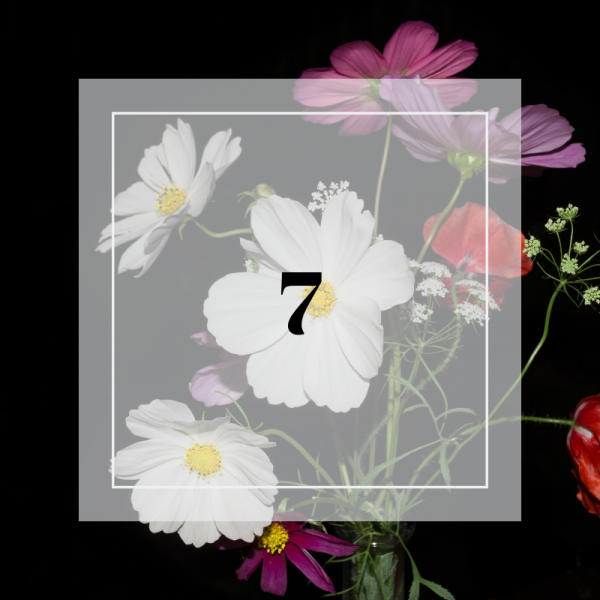 I’m swimming through the void, a great winged whale fortified against the cosmic deep, when the message comes, relayed from an orbiter I long thought defunct.

I pause a parsec, unsure whether or not I should interpret it.

Stars pass me by like raindrops on a car window; a metaphor that feels so alien now, so much like a dream . . .

I read the message.

I remember it, before I dug my thousand greenfingers deep into its earth, a small dull body barely bigger than a moon; but to me, newborn then, without the limitations of flesh and bone, it was a blank canvas. What drove me to transform that dead piece of rock, I don’t now recall. Perhaps I’d had a garden in my life before, my own little piece of chaos to care for and potter about in, to tend and reform according to the seasons and the mercurial whims of my biochemistry. But whatever the reason, whether it was indeed some vestige of my former self or a completely novel impulse of my newly uploaded consciousness, I breathed life into it: gathered hydrogen from the billowing smokestacks of peony-pink nebulae, oxygen from the sheltered eaves of massive stars; gene-spliced a whole ecosystem of seeds, pressing each into the newly thirst-quenched earth with a thousand remote hands. And before the galaxy had turned a single degree, the rock that had once been so empty shone gilt-leaved and fecund, glinting like an ingot in the darkness, a forest world of perpetual autumn, where the gold and red never ended.

Autumn; I remember autumn; not one single season but all of them at once, the seventy I saw before ascending, one long, glorious season of dying.

How long has it been since I thought of dying? How many millions of years since I made contact with another? There are others like me, of course, billions of us who shuffled off our bags of blood and bone and made the leap into eternity. But space and time are vast. Sometimes, we cross paths, passing like great vessels in the dark night of space, perhaps affording a brief nod of acknowledgment for our hominid rootstock, but no more than that. Never more than that.

Of all the many worlds I’ve built, of all the countless paradises I’ve set amongst the stars, dewy bowers where any star-weary traveler can lay their heads and rest awhile or stay forever in bliss, why Goldengrove, why now?

The answer is absurdly simple. As my earliest offering, it must in turn be the first to fall into entropy. The cunning that holds the world together can only last for so long—has it really been that long? All those meticulously crafted trees undressing, shucking off their golden garments, like some old woman at her bedside preparing for a long and dreamless sleep.

I put on a faster body, a sharper form, one that can puncture the Fabric where it’s worn thin, and fly to Goldengrove, my first, my dearest, through holes in space and stars.

My first, my dearest, made back when I still remembered the smell of honeysuckle, the sting of poisoned ivy, the furry caress of a dandelion before I’d puff its seeds into the universe, just like I and billions of others would later blow away into the great undiscovered. My first? No, something about that rings false. As I push through the hearts of galaxies, I search within me, diving deep down into a million years of data, where old things, of a life before a life, lie buried. I find fragments: a book of poems, dog-eared, spine bent; something snug in the cranny of my elbow; a beautiful thing with a head of dark curls that smell of strawberries when I push my face into them; the soft warmth in my two painfully impractical arms, useless for fabricating plant embryos or harvesting hydrogen from nebulae, perfect for wrapping around someone small and dear.

Such warmth, that heat of a body with a beating heart, so immense; I feel it again as I emerge from the space between spaces and see Goldengrove on fire before me. The sun I left it hurling around swells red like an angry boil; the trees I planted blistering and spitting in its crimson rage; the water I harvested boiling away: my paradise aflame. And though I float in a body of unimaginable dimensions, made of elements unheard of by any advanced ape, plucked from places more terrible to that blip that was humanity than any nightmarish vision of Hell, the heartbreak of that sight hits me like it hasn’t done in so, so long; and though this space-hardened form has no tears to shed, the memory of a thing called grief wells up like a monster from the deep and swallows me whole.

When I come to myself again, Goldengrove is gone.

As I leave the ashes of that once perfect conception, I pass another in the night, another dark and lonely vessel. I afford it a nod, but it replies with a question.

The thing I see before me is not small or covered in dark curls. Its contours are larger than continents, its shell frosted with the ice of the outer reaches, pocked with impact craters, scorched with nova burn. But I’d know it anywhere; and if scent could travel the distance between us, I’m sure it would smell of strawberries.

Yes, I say across the stars. It’s me.

I knew you’d come, she says. I’ve missed you.

Me too, I reply. I never realised how much until now.

Dafydd McKimm was born and grew up in the glove-shaped valleys of South Wales but now lives in the East Asian metropolis of Taipei, Taiwan. His short fiction has appeared in publications such as Deep Magic, Daily Science Fiction, 600 Second Saga, and Flash Fiction Online. He tweets, now and again, @DafyddMcKimm.