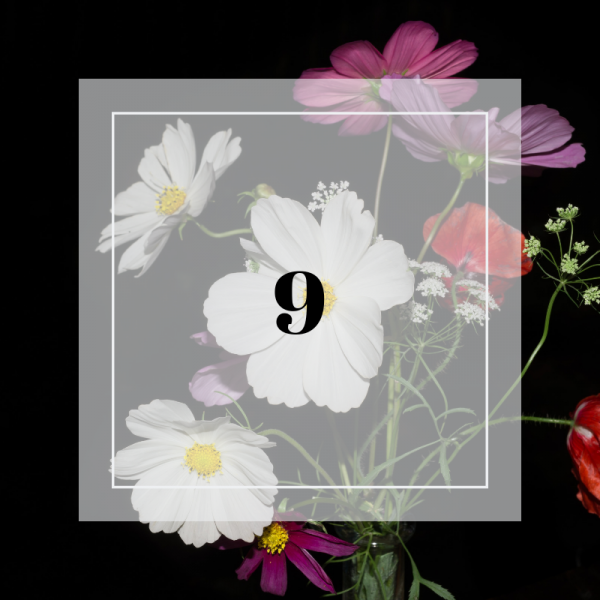 I am running. Get ready. This is where the timeline splits.

My hair beats about my face and the moon shines down and if this were a movie, there would be the silhouette of a wolf, howling at the moon.

Instead, there are only coyotes, slunk low to the ground.

In some of these stories, I have been good, in some I have been bad. But in all of them the night sky stains me under the dull light of the marshmallow moon full of false promises.

My feet hit the ground hard and the rhythm makes that old childhood chant sing with each beat. One two three four, the Nightmare Man is at your door. Five six seven eight, here he comes through the gate. Nine ten eleven twelve, run like hell and save yourself.

Do you know about the Nightmare Man? Girls like me do. He is down the dark alley, he is behind the park bench, he is running in the woods. He is here and there and everywhere.

He comes with dreams dripping from his tentacles. The open suckers contract as if they’re blowing kisses, but they leave bruises, open wounds.

There’s a version where he catches me. See there? One of my fingernails, snapped off at the base and left in a streak of red. Strands of my hair catch on branches and move with the wind, banners of warning. You will follow me days later, carrying a stack of fliers where black-and-white-picture me smiles with no teeth, because Bobby Mackie in second grade told me my gums were the same color as earthworms.

You are much, much, much too late. You know it and I know it, we all know it. In my grave, I turn over, every time you staple my face to wood.

Try again?  This time I escape and return home with my wild heart beating in my chest that is too large for a girl my age. I strap it down but they see it anyway. I grow up and I go to a bar, where he buys me a drink. He puts a clawed paw on my shoulder and I snap at it with bared teeth. He calls me a name and everyone pretends it didn’t happen. Maybe I shouldn’t be wearing such a short skirt. Maybe I shouldn’t have smiled. Maybe I should have smiled bigger. It is the way of things, to be wrong in every way.

Here’s another scene. I fight him off. He hides the scratches and I paint broken fingernails. I use them to point him out. Why did you paint your fingernails so bright, they ask. Who gets assaulted and goes home to paint their nails? Slut.

I survive in this story too. I grow eyes sharp as the knives of sushi chefs. This is the reality where he buries bodies in his backyard they never find. This is where he goes to work still tasting blood on his fangs. This is where she walks by without a bra, and her? Well, she wore her clothes so baggy he knew she hid a body underneath them. He had to see.

His first said no but he didn’t listen. She didn’t tell anybody. She stared at the bloodstain in her panties and she knew that if she told anyone they would all know about that stain that is shaped like a teardrop, rusting to brown already.

Here is another timeline where I die. All the girls he hated are with me. We rise as a snake with many heads and rows of teeth. His flesh bleeds just like ours.  Our venom slicks his blood and his face bloats and blackens and he chokes on his fat swollen tongue and he thinks as he’s dying that he cannot taste us anymore. Maybe he thinks that. I like to think about that.

This one? This one no one ever finds out and there are fliers and he moves unseen through you.

And maybe there’s an end, where all the timelines collide again. Where we rend his flesh from his bones and leave his skeleton in pieces behind us. Where we blossom into stars, hanging in the night sky, watching over the girls just like us.

L’Erin is an author in Lawrence, Kansas with stories previously published at Syntax & Salt, Daily Science Fiction, Metaphorosis, and upcoming work at Pseudopod. Find her on Twitter as well.