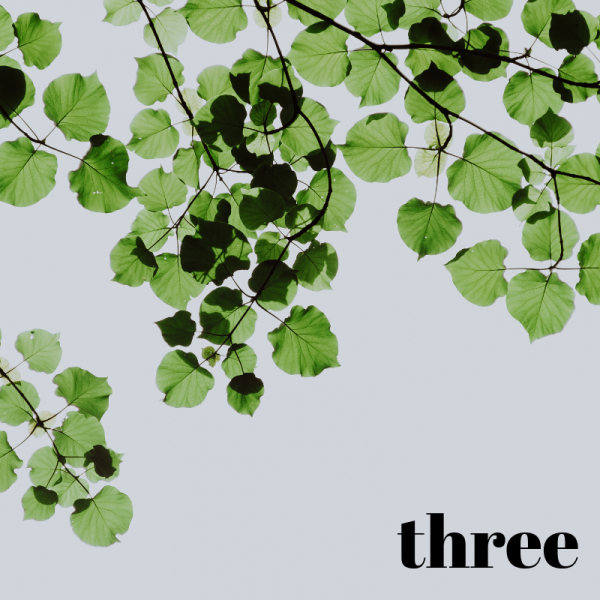 The storm brought the sea into the village.  Waves rolled between the huts and rattled doors, gurgling, sucking, and slapping like some clumsy creature that wanted to come inside.  Gilli could not stay huddled with her family. It sounded so alive she had to look. She crept to the door and opened it a crack, but the sea snatched it out of her hands and threw it wide open. A great surging wave stole her feet from underneath her and she was swept away, battered by cold and salt, her head ducked under, until she lost all sense of up and down, and her strength was spent.

She started to sink, spiralling slowly, filling up with water like a skin.  Her last weak bubbles of air escaped. Shadows moved in the water around her. Some were flotsam and jetsam like she was, weak against the weight of the sea, but some moved under their own power, gliding and turning on short black wings.  They circled her and started to nudge, and Gilli was lifted up toward a sheet of light until her head broke free of the water. She gasped and rasped, and watched, wide-eyed, as the shadows surfaced too. Each one made a perfect black arch finished with a hooked fin, and they snorted and blew clouds of water from holes in their heads.  The storm blew itself out, and each time she started to sink, they lifted her skywards.

On the shore, the villagers counted up what the sea had taken.  Gilli’s brother, Shad, stood beside his mother on the wind-swept beach.

It’ll die anyway, Shad thought. Around him, people rallied to his mother’s call, but he stood hunched with his arms folded.  Over and over again in his mind’s eye, he saw Gilli framed in the doorway, snatched by the fingers of the sea. Over and over again, he leapt and he caught her. He was quick enough this time; brave enough. He wrestled the waves.

“Shad,” his mother said. “Help us.”  Reality was a rude shock. Time was not on repeat, it was marching forward, and every second his sister was still lost.  He did not want to look at the whale. He had seen them alive at sea before, and washed up dead on the shore, but a live one on the beach seemed like a bad joke.

“We should look for Gilli,” he said. The wind stole his words, and he said them again, loud so his mother could hear.

“Look then,” she said, her voice grim.  Shad looked at the empty face of the ocean. His mother touched his arm.  “If we can save it, perhaps the sea will give her back.”

His mother could move the whole village with her voice if she wanted.  Even now, their neighbours ran from the whale to the shoreline, fetching water, keeping it wet.

“It’s just a stinking big fish.” He shook her hand off.

“It isn’t a fish. It breathes air, just like we do. All this time it’s been lying here, and it isn’t dead.”

The whale raised its tail off the sand. It cried like a gull, made a sound like a creaking door, and then like a stick tapping. The sound made Shad feel wrong-edged, like he’d fallen and hit his funny bone.

“Gilli can’t breathe in the water.  Do you think the whales will dig her grave?”  His words were meant to slap. His mother threw her skin of water right in his face. Shad spluttered and shivered, suddenly cold to the bone. He reached for his mother, meaning to push her away, but instead he twisted his fingers in her cloak and clung on. She smoothed his wet hair by way of sorry.

“The sea will give her back if it means to,” she said. “There’s nothing we can do. But I can’t do nothing.” Her eyes were dry and fierce. She went far too long without blinking. Shad understood that this was her way of trying to undo time.  He took the skin from her hand and ran to fill it, stumbling over his feet and all but falling to his knees beside the whale.

It watched him with its black eye, as deep as the ocean. It was the length of two tall men, the colour of tar, with a blunt forehead and a body which tapered to its flukes.  It had a red tongue and conical teeth, each one like a temple. When Shad touched it, it felt warm. He stayed on his knees, part of a circle which knelt and poured, while others ran back and forth to the shore and filled up their skins.  He poured until his hands were cracked with salt.

In the sea, Gilli floated, her limbs spread and rigid like a raft.  She faced the sky and lived from breath to breath. Her skin, softened by water, was scrubbed raw by salt. Her fingers were swollen beyond use.  Time and time again, her face started to slip below the surface, but there was always a whale at her back, ready to push her upwards.

All around her, the whales talked, an endless chatter-song amongst themselves.  No matter where she looked, she saw more black backs breaking the surface. The smaller ones played, slapping their tails against the sea, taking up water between their teeth and spitting it out.  She saw one breach, the full length of its torpedo body launched towards the sky. It had an anchor-shaped patch of white on its underside. The waves it made washed over her face. She used the last of her strength to spit out salt.

The larger whales joined the game, and the water began to churn in earnest. The fishermen had always said that whales playing brought the wind, and sure enough, the wind rose and lifted the waves into foamy crests. The rise and fall was too much for Gilli’s weak body. She could not keep her head above the water, and the whale which caught her lifted up a limp weight.

The whale had long since gone silent.  The only sign that it lived was the open and close of the hole in its head, and its eyes, still watching. Shad’s shoulders were stiff and sore, but still he poured.  It was such a big beast, that was the trouble, he thought. Its own weight was a burden to it.

His mother knelt beside him. She had long since gone silent too, one hand caressing the whale’s strange hide as she worked.  As Shad watched her, she let a full skin slide from her grip and glug its water out onto the sand.

“You were right,” she said. “We can’t keep it alive forever. Sooner or later, it’s going to die.”

“We haven’t been at this all day just to stop,” Shad said. Besides, he saw hope. The wind was getting up, and waves were creeping up the beach. “We don’t have to keep it alive forever.  Just long enough for the sea to reach it.”

He worked while he spoke. He knew that if he stopped, he would feel it worse; the pain in his shoulders, the cold in his bones, the hole in his belly which his grief had dug.  He did not believe the sea would bring back his sister. All his hope was for the whale, which had watched him for hours with its deep black eyes.

He poured, and his mother poured with him, and the wind drove the waves ever closer.  The rain came and lanced through the gaps in his clothes. He was soaked to the skin, but still he poured, until the beach was empty except for him and his mother, and there was no one left to fetch water.

The waves lapped just a few strides short of the whale’s tail. Shad shook his head. His mother put her thumb under his chin and pushed his face to the sky.  “Do you think that you can keep it any wetter?”

She was right. Shad wiped the rain from his eyes and put his hand on the whale’s skin.  It felt cold. His mother tugged on his shirt and pulled him upright. He watched the whale’s blowhole, waiting to see movement, even as she walked him backward up the beach.

Inside, he wrapped himself up in rugs and sat by the fire and shivered.  His loss felt multiplied by the weight of the whale. Outside, the storm rose and raged, lightning split the sky, and over the roar of the sea he heard unearthly clicks and whistles, creaks and scrapes. He slept with his eyes open and watched the shadows dance.

The storm died in the night and the world was washed clean. Shad was the first one on the shore when the sun came.  He saw a girl on the beach where the whale had been. His heart leapt and he ran, but even before he reached her, he saw that it was not quite Gilli.  The girl’s hair was too dark, a deep ocean black that stood stark against the sand. She lay on her front and watched him approach.

“Gilli,” Shad said.  “Get up.” He felt upended, like the sea had swept his feet away. He pulled the girl up, and she clung to his arm, wobbling and awkward. He helped her take baby-steps back up the beach.

“I’m walking,” she said, and touched her hand to her throat. “My legs feel strange.” Her big eyes looked all around them, drinking everything in. “Look at those things. What are all those things?”

“Those are huts,” Shad said. “And these are trees. Those are goats.  These are boats—you know them. And this is our mother.”

His mother came down the beach toward them, hands reaching for them both. When she saw Gilli’s face, she stumbled.

Clouds crossed the sky, the only sign that time was passing.  His mother folded the girl who was almost Gilli tight in her arms.

“You’re my daughter,” she said, and by saying it, she made it so.  “This is your brother, Shad. This is fire. This is our front door.  This is where we all live together.”

And out in the ocean she glided, holding her breath for such a long time. Her legs had fused and forked into flukes and she flew in the water.  What is this, she cried out, her voice a song full of stops and rhythm.  What is this?  Shapes moved swift around her. She matched their pace on short black wings. This is foam.  This is fish. This is where the water is warm and this is where the light stops.  This is your mother your sister your brother

On the beach, a girl and a boy stood up to their knees in the surf and watched the whales rise to meet the sun.

Robin Husen is a writer from Nottingham, UK. His work has previously appeared on Daily Science Fiction, the Tales to Terrify podcast, and in Phobos Magazine.