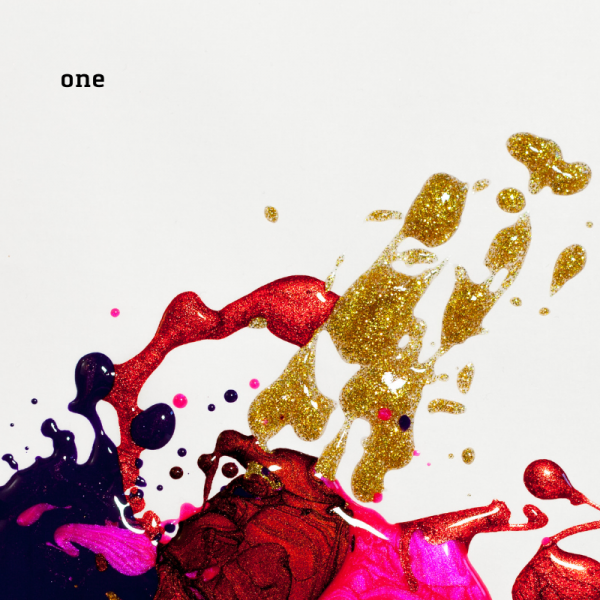 Here, I sleep for three days. My eyes catch the light that fills the room from the thin curtains. he room without a rug. If I wake up, I play with the strands of hair on the pillow. I get up when I’m cold, and make towers with the books she stuffed on the sofa. I hum the melody of the song she danced to with both of her arms up in the air. I lean over the cracked sink and splash water on my face, dry my cheeks with paper towels. I get the water off of my eyebrows using two fingers. If she doesn’t tell me to go without looking at me, I stay, do the mountain of dishes and make an omelet with the last two eggs in the fridge. She eats and I drink coffee. I stay. Throw myself all around the house, season the tiles with my hair, nail and name. Learn a new language while I wait for her to wake up, make up phrases, put verbs at the beginning, and intonate, with one single comma.

We took it out of the garbage. The smell rose high above us. It was somewhere in the hill around which seagulls circled. We walked up there following its voice, sinking up to our knees as we moved. We pushed an arm down under soft watermelon scraps, rotten tomatoes, and pieces of meat swarming with worms. So vulnerable, our touch could have killed it. Skin shrunk, skinny, it couldn’t open its eyes. Fluttering in the void.

She got up. Didn’t say my name. Mumbled a Greek folk song while getting in the shower. I heard her coming out and laid still, to make her think that I was asleep. She came back, naked, making puddles on the floor. Waters splashed my face when she shook her hair, I opened my eyes a little and looked at her bare back. Quills coming down to her tail let go an easy breeze toward me. Bite marks on her large thighs. Rash, bruises. Like a battered vegetable, fallen off of a stall. I couldn’t have picked her up and carried her.

All I could do was lay beside her like that. With pleasure, and longing, but without moving.

She put on her pants, no underwear. She wore her chequered shirt. Tightly braided her hair and let it hang from her neck. Didn’t take a look at me. She wrapped herself in her chador, and the wind she left behind as she left the room shook the door. I heard the thick soles of her boots cracking on the tiles and the front door closing. I opened my eyes.

She couldn’t keep her head straight for days. Her belly inflated. They had to inject her with lifeblood. A thousand holes on her arms. We got used to the hospital smell, and cricks in our necks. It didn’t have a name, and we didn’t know what to say when it cried, so we just avoided addressing it directly, and yelled random things in the air. Behind the glass, or next to it, breathing upon it and drawing its face on the steamy window, or writing our names. We asked the doctors for laxatives, as we were constipated from eating rock hard sandwiches. Such times.

She had first evoked imageries of ancient cities in me. Rocky roads and budding flowers among its probably bloody remains, seasonless and been there for ages. In her temples mysterious treasures and the chant of a forgotten religion sung every Saturday. She was the overseer of spirits, ready to rise from their graves. I had met her here thousands of years ago. I had left a laurel leaf on her chest and an olive branch in her hair. Caressed her thighs from underneath the floaty fabric. We had swum in curative waters together, our coughs were silenced, mine in her mouth and hers in mine. She was the haggard of the nights during which she ran around with fireflies in her hand, she loved the dark, hid in bushes of the same black. A knife between her teeth, on horseback, she would bring me rabbits to dine on. She would tie the tails together and wrap them around my neck, and hang her eagle-claw necklace between my breasts.

These had come to my mind when I saw her there at Joshua’s Hill. In her mumbling prayer, in her chador. Wild as always.

When they put it in her, we spent the first couple of days without saying a word. She was vomiting and I was rubbing her swollen parts. I had gotten used to sleeping with my senses open. Sometimes she bit herself because of the pain, wanted me to bite her and I would. She was feeling better when the pain relocated. We made watches on her arms so that the hours and days passed. We were overjoyed when her belly started to swell, we kept watching the scale. I liked her inflating and widening navel the most, my tongue had been spending hours on its hill.

Then she reconciled with her stretching body. She liked carrying a life. I caught her rubbing her belly gently a couple of times. I fed her with bread pieces dipped in cooked vegetables, learned to make yoghurt. Then bread too. I gave her books I liked, to make her love me more. I combed her hair, untangled her strands. It was the warm end of a season in September when we saw the last stretch mark on her stomach, our fingers followed the line. At night she began to groan and scream. I told her to breath, deep breaths. We made it, we’re making it.

Around Mahmud Hudayi’s mosque as we leaned down to pet a cat, our hands touched on the tabby’s nose. I recognized her from the eyes. Catastrophic lashes, bitter tear troughs, the halo in her pupil, a radical shade of yellow. The colour of darnel dashing out of soil, shaped into the eye of hamsa. I couldn’t smile. I was struck. I waited to see if she would remember me from our previous encounter a thousand years ago. She didn’t. Ya Sin and an amber rosary in her hands, she sat on her feet with socks on and began her prayer. And I listened.

The thing that came out isn’t of me, of us, she said. Take it away. No reason for it to stay, I won’t hold its reddened body in my arms. It cries like it’s neighing, I don’t want to see it, hear it. Neither the shape of my face, nor the light of my eye lives in it. Whoever is the owner of its seed, take it to them. Let them take care of it. Don’t feed it my breast.

I was its mother too. The cherry red piece of meat, squishy. It lacked eyes. I kissed its six fingered hands, buried my nose to its powdery scent. I named her right there Goncagül1Rosebud., put my head on the third arm that came out of its tummy, and cried. I was its mother. Though I didn’t have seeds, or eggs.

She was standing in front of the giant window of Yahya Efendi and the men at prayer inside, praying on herself, in trance. I stood next to her. I reached to the rosary hanging from her wrist and grabbed it, pulled her towards me. As she took a step, the long black cloths swished in the air. She looked at me, blazing. I shivered with the urge to slide her veil to the side, before the holy grave. I knew I would be amazed by the shape of her lips. Her glance shifted to the seaside gate of the Yıldız park.

“I’ll be where your pilgrimage ends.” she said, and left.

She didn’t take Goncagül in. Even told me to leave with it. Chased us away with a broom. Her hair was a mess too, looking exactly like a witch. I wanted to pour gasoline all over her, and set her on fire. I wanted to say that she was a girl, a woman, one of us. The more I wanted the more my tongue hardened. My tongue that sounded foreign to her. We broke in, snuggled on the sofa. When I woke up, the baby was gone. “Where is it?” I asked. I thought she couldn’t resist and went on feeding it. For a moment I was happy. She, haggard, turned to me and looked over her shoulder. She laughed and said: “In the junk.”

I hiked to the wuthering hilltop of Sarıyer, and entered. As if I was walking in a dungeon, I took a wire from the symbolic coffin of Telli Baba and bent it in my palm. She was at the corner, praying vigorously on her own again. I went on and sat next to her, left the wire on her lap. We sat in the little room alone for hours. She stopped praying while the sun set. She opened her veil without turning to me. Her lips ended up next to me, and I filled in the hole between them. I pulled her close. “Right here,” she said, pointing at her belly. “A twinge.”

We got up and went to her house. Took her niqab off and set her skin free. I surrendered my life to her vicious beauty and attitude. I stayed there, on her bed, pillow, sheets.

It didn’t make it. Couldn’t hold on to life among all the rot. We buried it, the size of a hand. Put stones around there, still hand-sized. I couldn’t feed it, detach that arm from its tummy, feel its flesh and warmth, not enough, I couldn’t become a mother, but I too am swollen, my nipples sizzle. I have a crack, I would push it out of me, too. I would give it everything I had. Just haggard eyes were enough. I couldn’t bear Goncagül. My egg without a prayer, and my pilgrimage without an end.

I would sleep here for three days. No more. Three days and I would leave without a sound. She continues to pray, and make vows to find another woman to love her. She keeps looking for thousands-of-years-old romances in the gardens of saints. Makes wishes, and counts the beads of her rosary for children she won’t bear. In spring she ties cloths2A way of prayer. The wish is tied to a branch in form of a cloth. to trees and sits on the soil. Lets her roots in, poisonous.

That root finds its way back in me a thousand years later, pokes me in the rear. I go and find her. Again.

2 A way of prayer. The wish is tied to a branch in form of a cloth.

Nazli Karabıyıkoğlu is a Turkish author, now full-time resident in Georgia, who recently escaped from the political, cultural, and gender oppression in Turkey. She helped create the #metoo movement within the Turkish publishing industry, from which she was then excommunicated. With an M.A. in Turkish Language and Literature from Bogazici University, Karabıyıkoğlu has five published books in Turkish and has recently completed translations of two new books for international publication. Having won six literary awards in her country, she has been actively writing for magazines since 2009.