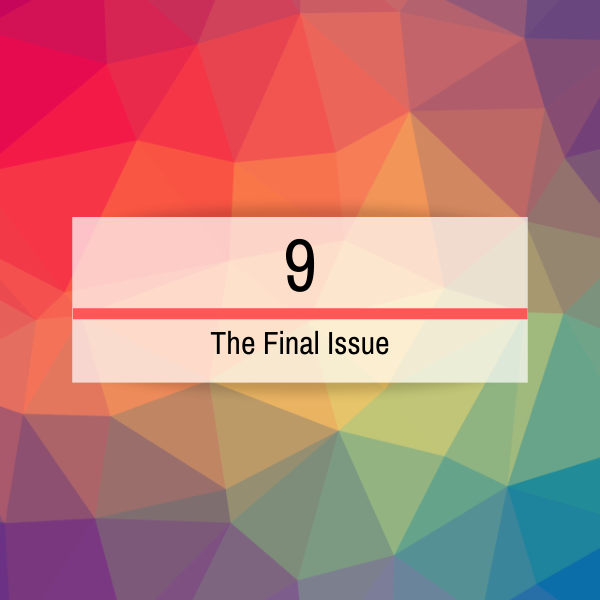 They say the fires won’t reach us, that the roll of desert has been burned so bad for so long that there’s nothing left on which they could travel. The ground is beyond dust. What’s left is something powder-thin that we breathe in and breathe in, and hear grinding the motors of our salvaged cars, grating the gears until we have to abandon them—molted shells on the edge of the highway, soon to be taken by the dust. I’m not sure we haven’t always been breathing it. Cadence says she’s not sure we’re breathing anything at all.

Cadence came from the coast, which means she used to know the least of the fires, but now knows the most.

They said the ocean would save Santa Barbara, that the air that rolled in with the tide would damp the ground. That the June fog would hide the city from view. It held for a time. But then we blinked, and the fires roared down from the hills, and ran ragged through arid creek beds and carelessly watered yards, and now there is nothing left. Nothing but smoke. Smoke, dust, and wind, moving inward.

We all know people who got out, people who packed bags and filled plastic water bottles with dark reservoir water, back before it was burned to nothing more than the memory of currents, but we don’t know where they went from there. They could’ve headed for Oregon. They could’ve headed for Mexico. They could’ve made it.
Cadence heard her uncle’s in San Diego, holed up with some graffiti artist he met on the road, both of them the last of their caravan, just biding time. A lot of people are just waiting for it to be over, either way.

Elliot heard he has a cousin in Fresno. Then Oxnard. Then Ohio. He left two days ago. Struck out for the most likely destination, far as he could figure, far as he could cobble together from memories of two shared Christmases and a handful of disastrous birthdays. It’s not much for a cousin. It’s not much for a plan. It’s more than many of us have.

Elliot’s been passing back to us what he sees, voice a little more lost to static each day, a little more gone. We listen. We write it down. We keep record and tribute both, mark the places on our torn map where his words are indecipherable, try to figure out what any of it could mean.

It’s like that game we play, where we try to find shapes in the dust, and we pretend like it’s still a time where that’s not a fucked-up thing to do, that the dust is just dust, and not the birch trees we passed two days ago, or the burned remains of the signs by the highway—Hell Hath Risen—gone up in smoke, or the memory of the gas station two towns back, blessedly still working, blessedly still manned, by an unblessed hollow-eyed man wearing no uniform. We pretend it’s not Eric’s grandparents, or Cadence’s brother, or the last of the water in California.

That’s a lie. Smoke was never just smoke. It was always an echo, always the ache of something past.

We did not tell Elliot we would wait for him. He did not ask. There are truths too big for a lie to cover, and the advancing cloud of smoke is one of them. We have waited too long already, walkie-talkies clutched in sweaty hands, heads bent forward to try to unweave the haze of flames from the buzz of a voice already fading away.

We stopped burying our dead when the fires started eating them whole. Instead, we pack up their belongings and flee, try to make ground. We keep our memorials carried with us: backpacks, paperbacks, a necklace that used to mean something to somebody, but now Elliot is gone and he’s the last of us who knew.

The fires are gaining on us. We try not to notice the way they dog our heels, not to see the red pinpricks of light slicing through the night. They couldn’t be eyes. Not here. Not this far into the desert, with nothing but dust beneath our feet. What’s left to burn? It’s a plaintive question. A prayer we pass back and forth like our dwindling canteens. There is always something left to burn. Water bottles. Sweat soaked T-shirts. Gas tanks. Kaboom! We are a verifiable feast.

Cadence doesn’t say it’s a last stand, but when she presses the canteen into my hand, she tells me to finish it. Smoke hangs thick in the air, sloshing into our lunges like the tide that used to rock against the shore, before becoming so much steam. The crack and snap of burning cacti slices her words to ribbons. Those burn too, after all.

The fires come out of the smoke hackles raised, their snarls the stuff of nightmares—the one we’ve all been having, over and over again, for the last three months, until one of us managed to shake the other awake. It is always the same dream, always this moment. The fires circle the camp, heads low to the ground, gaping maws split to embers, eyes on us. Their claws rake the ground raw. Trails of flame race across the sand, across the dust. We keep our heads up, backs to the cars. It’s little comfort. Even at this distance, the heat singes the hair from our arms. Somewhere in our caravan, a baby begins to cry, its scream somehow pushing past the smoke in its lungs. I never learned its name. It seemed safer not to.

I wonder if Elliot ever made it to Ohio. Or Oregon. Or Mexico. If even now he’s moving forward through clear air, eyes fixed on the distant horizon, walkie-talkie abandoned in the car behind him, its own memorial. I wonder if somehow, impossibly, there is a lake, and if he is stepping into it, feeling the water rise up his skin to swallow him whole. I wonder if in the middle of the lake he flips onto his back, water cradling him like a blessing, and if, from that position, he can see the whole sky.

Jessie Ulmer is a graduate of Western Washington University, and the Fiction Editor for the Sweet Tree Review. Her work has been included in Pins and Needles: A Journal of Contemporary Fairy Tales, The Yellow Chair Review, Washington’s Best Emerging Poets Anthology, From Bellingham with Love, and WWU’s Labyrinth and Jeopardy Magazines.