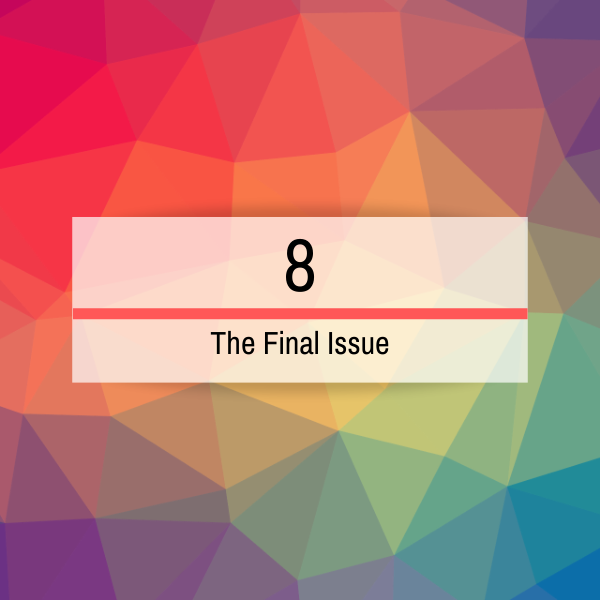 The first and last time I was truly in love, Aphrodite held a golden apple in her hand. A moment earlier, I had been herding my father’s cattle on the slopes of Mount Ida: watching those dirty, smelly, lowing beasts dip their shaggy chins in the ice-cold water of the spring. Another moment further on in time, and I was already crumbling into ruin.

That golden apple was meant to be a prize bestowed upon the fairest among the three, but I clutched it tight as if it were a prize meant only for me. Despite the burning, I delayed my choice for long moments of agonizing ecstasy. I looked from face to beseeching face, from throat to breast, from belly to thigh, prolonging the moment even as the skin of my hands cracked and bled. And still: I counted the eternities and tried to fix myself forever in that moment in time.

But goddesses are not to be put off forever. Goddesses demand a choice be made, and mortals can but choose.

“What about the thrones of every kingdom in all of Asia and Europe?” asked Hera. “Would that make up your mind for you?”

“What about the wisdom and the strength of the lion, greatest of all nature’s warriors?” asked Athena. “Would that make up your mind for you?”

“What about the love of the most beautiful woman in the world?” asked Aphrodite. “Isn’t that what you would prefer instead? Why don’t you choose me then?”

In truth, I would have picked whichever one had offered to spend a meager mortal’s lifespan with me among my father’s cattle herd. But none made the offer, and only Aphrodite whispered to me how I deserved to be loved and adored. Only Aphrodite even approached the mark.

Nothing survives of Helen’s face now that has not worn away into translucence. No true bust or fresco of her escaped the sack of Troy unbroken or unmarred. True, in excavated marble, in history museums and art galleries, the familiar amphora shape of her face can still be seen today: the noble point of her chin, the swelling span of her forehead, the symmetry of her ears.

But the paint and skin have worn away, and those fine and regular features have been polished into blanks. In her crypt, the woman herself has rotted too.

I can still recreate her proportions with my hands, and recall the arch and curve of her flesh around her perfect bones. I have long since logged the lengths and degrees of every line of her body, and the circumference of every section of her skull. With a thousand elegant proofs and plots, I have calculated the precise extent of her beauty. But never never never never: never did I ever really feel it.

Aphrodite promised that Helen would love me, and love me she did. But Aphrodite did not promise that I would love Helen. And love her I did not.

The first and last time I was truly happy, I held a golden apple in my hand.

If Zeus could lay the seed of Perseus inside Danae simply by showering her with golden rain, then what better, deeper seed was laid in me in the moment that Aphrodite and I touched that apple together? For ten years, I bound myself wholly to her. For ten years, I fought a war. And as my reward, she reached down from Olympus now and then, in those disconnected moments when she happened to remember me, and stayed the sword of Menelaus or fixed my arrows in their flight.

“Let’s stay in touch” is not a thing that Aphrodite can hear you say to her.

“Let’s still be friends” is not a thing that Aphrodite would ever say to you.

“I will always love you” is not a thing at all.

What came after could not have been love. Was it war? Was it blood and wreckage? Was it tiresome to endure? Was it a siege of suffering? Was it an end of everything? Or a continuation of nothing?

Was it ten years? Was it ten thousand? For centuries now, they’ve been saying that I perished in the sack of Troy. I don’t see any reason to contradict them. I don’t see that they might not be right.

I heard that Helen married my brother. I heard that my first wife, Oenone, threw herself off a cliff. Fine, fine, but that’s not what I want to know. Tell me, what news do you bring of Aphrodite? What did she do when they told her that I had died? Don’t your gossiping oracles have anything to say about that? The monstrous offspring of my love and longing must be fed with some sweet ambrosia today. Can’t you worthless dullards see I’m worse than dead? Can’t you see I’m still alive?

First, the fingers on my grasping hand flaked away, one by one: the same five digits I had burned on the golden apple skin. Then my eyes whitened into staring blanks, and my tongue dissolved into blowing sand. Next, the fingers of my other hand, my choosing hand, crumbled as well, and soon my nose and ears were fast eroding, like a statue’s in the earth.

A goddess’s love and a goddess’s indifference are equally powerful: as the decades turn to centuries and she moves on through a thousand other lovers, slowly I dissolve to match the patchwork of imperfect memories she recalls.

In her parlor on Olympus, I know by the changes in my body that Aphrodite still sometimes rolls the golden apple between her careless fingers: I know his eyes, but not their color. I can see his shape, but not his face. He needs no tongue, no hands, no nose. Those aren’t the parts of him that I recall.

The golden apple must be wearing away as well: the soft yellow metal rubbed and deformed a little more every time she takes it up from whatever nook or shelf she has placed it on. I wonder what it recalls to Aphrodite: beauty, love, war, discord. A cowherd. A mountain spring. A promise, a choice, a lavender spark. These things all long forgotten.

Every day, I am sure that she worries and caresses it, if not for love of me then certainly for love of herself. No doubt she has reshaped it by degrees over time, first into an irregular lump and then into a ball, the apple no longer an apple, and shrinking in size as the millennia rush past. Not even a goddess wishes to carry such a heavy trinket in her hand through all eternity. Pebbles are a more convenient size for distant memories.

Now my head has broken off at the neck. My arms have cracked and fallen too. My legs are next. Then I will perch my groin upon a pedestal, like a fragment of a column in a gallery, and wait until I break and crumble into sand.

Yet, at least I am still handled at all! At least my memory is sometimes touched! Even though each touch diminishes me, much better this slow erosion than to be forgotten still intact at the bottom of a drawer.

The first and last time I was truly in love, Aphrodite held a golden apple in her hand.

M. Bennardo’s fiction appears in Asimov’s Science Fiction, Beneath Ceaseless Skies, Mithila Review, and others. One of his stories was recently featured on WMFU’s Radiovert short fiction program. He lives in Kent, Ohio, but people everywhere can find him online at mbennardo.com. and on Twitter.