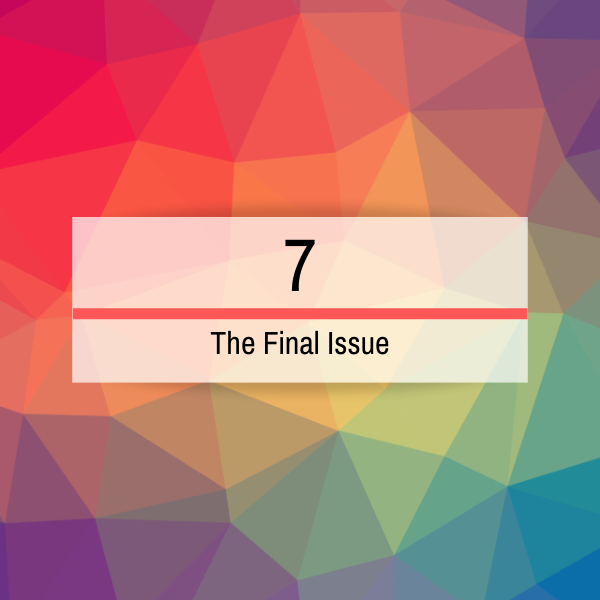 I once visited a home where brambles had grown so high that they drank all the light before it even touched the walls.

I’d left my keys out front, in the van full of dry ice and slabs of meat with its slow-growing retinue of flies. When I knocked, the door fell open instantly, like the occupant had materialised at the sound, conjured into being by the rap of my knuckles. Or perhaps just pinned to a shape.

The woman invited me inside in a voice bland as the worn floral carpet beneath our feet. She looked a half-step from familiar, like a Tesco at two in the morning, all beige and washed-out like old linen. Limp hair, tired skin. Someone’s aunt, perhaps, or an English teacher.

They’re fond to death of camouflage.

I held my breath as I crossed the threshold—I always did, back then. Had to keep my pulse down somehow, keep the fear at bay. It’s not easy, convincing a stranger to buy. You got to learn to read people. Who they are. Where they’ve been.

There was a kid on the floor in the living room, mucking silently with some blocks, and I remember wondering how the hell he ever saw the sun. The thorns pressed up against the window so tightly that it felt like I’d boarded a submarine. Like at any instant, the glass might burst. Leave us covered in crystal and wound through with bramble, strung all about like shrike kill.

She didn’t have any clocks. I remember that, too. That sense of being unmoored from time. You can’t just take out your phone to check in the middle of a house visit. No one buys if you look like you can’t wait to get away.

So I sat on the carpet and opened box after box. Steak and swordfish, pungent smoked haddock, marinated butterfly chicken breasts. Fillets of turkey sliced fine like pale misshapen fingers. I talked her through ’em. Hit the selling points. I’m good at my job.

But you know, I don’t think she was listening. Her eyes were dark as long-dried blood, and I couldn’t catch ’em for an instant.

The kid managed to get into the discards when I wasn’t looking. The room was claustrophobic with houseplants; there were tendrils crawling over the coffee table, twining with the furniture, disappearing into the seams of the upholstery like rivers vanishing into the earth. Before I noticed him doing it, he’d started draping ’em with meat. Half defrosted pork-chops hung from the vines like slowly dripping baubles.

I would’ve flipped my lid, but that’s not how you make a sale. Besides, she paid. Paid for the whole lot, in fact. With a credit card of some brand I never saw before nor since.

Took me three tries to get the machine to take it.

I’d had scratches after, all up my legs, pale bloodless holes in my skin. The vines had caught me up, wrapped me like a lover or a shroud. Their thorns dug so deep they left little specks buried beneath my skin, down where tattoo ink lives forever.

I’ll show you, if you want. See? Like tiny freckles.

Took me a while to notice the blackberries, fat and glistening among the leaves. Can’t say I’ve ever seen blackberries grown in a house.

She asked if I wanted to try one. Plucked a berry right from where the thorns were digging into my shin. The juice was redder than it should’ve been. Smelled like copper.

I don’t like fruit, though. Never have done. And I was on the job, besides. She’d bought out all my stock.

Customer like that, well, you keep trying, don’t you? I told her I’d more out in the van. Wouldn’t be a moment. Tugged free of those vines best I could. Made it to the door. Got the thing open, though it tried to stick in the frame.

The sun had already crossed the sky when I stumbled out, dizzy as a fairground, cold as fever. Behind me, a thicket had swallowed the house like the swamp would a corpse. When I got back to the van, the flies had vanished. I think the brambles took ’em too.

It changes you, a sale like that. You get a sense for ’em. The house on the corner with the oak tree you can’t look at head-on. That one estate tower where the clouds don’t quite line up with the rest of the sky. Those pale college students whose front step smells like vinegar and overheated tin.

Because there’s one thing you should know, in our line of work, about folks who live in houses like that:

Jennifer Mace is a queer Brit (and lapsed frozen meat saleswoman) who roams the Pacific Northwest in search of tea and interesting plant life. A Hugo-finalist podcaster for her work with Be The Serpent, she writes about strange magic and the cracks that form in society. Her short fiction has appeared in Cast of Wonders and the anthology Skies of Wonder, Skies of Danger, while her poetry may be found in Liminality. Find her online at www.englishmace.com.