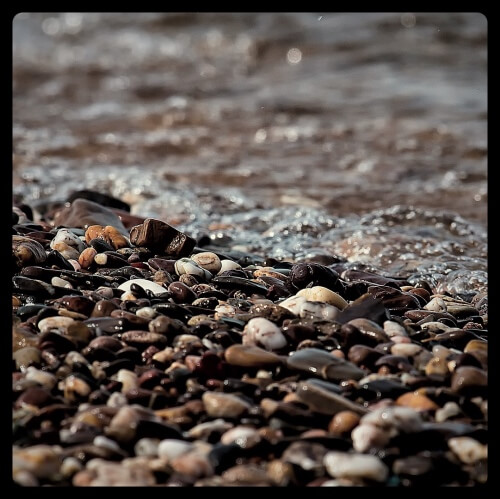 You are fifteen, and you are wearing your tightest dress. You’re dancing with a guy who is probably called Mike. You don’t actually know if that’s his name because the pop music is so loud the sticky floor is vibrating, but he made a “Mike”ish kind of shape with his mouth when he said it.

Probably Mike is your responsibility now, because your friend is getting off with his friend and those are basically the rules. He’s bought you a Bacardi and coke—the only drink you know how to order—and even though it’s gross, when he asks you if it’s your favourite drink, you say “Yes,” but you’re regretting that because now he thinks you’re the sort of person who’s, like, really into Bacardi and coke and that does not feel like a true reflection of your personality.

Probably Mike is twenty-one. Kissing him feels like having your face licked by a big dog, so you’re trying to do it as little as possible.

You keep him talking. Probably Mike likes films and games with dragons in them. He’s a bit of a sci-fi and fantasy nerd, he says. You know he does not mean this in the way that you mean it. You know this because he is wearing a big silver chain and very white trainers. He says he thinks you would look great in a gold bikini. You suspect you are not going to be able to talk about A Wizard of Earthsea.

You say you’re going to the toilet. Probably Mike says he’ll buy you another Bacardi and coke when you come back, and winks. You try to find an escape route. You find a door behind a curtain that leads through to another room.

In this room, everything is quiet.

You suddenly feel very heavy. The room is empty except for one chair. In the chair sits an old woman.

Between you rests the worst thing that you will ever do. It is in the form of a great dark rock. Its cracks and creases are your future lifelines; they are your reasons, your excuses, your apologies. They tell the story of your future self.

This old woman’s eyes gleam huge behind her glasses. Behind her waits a little rowing boat on a green ocean, which is strange, because you live in Preston, and you’re fifteen and you’re in a nightclub and really none of these things should be here at all. But if you want to take the little boat, if you want to float away from Probably Mike and the next Bacardi and coke, then you will have to take the rock with you. It is too heavy for the little boat.

The old woman asks if you are pure of heart. You don’t know what that means. She runs her fingers over the rock, over the worst thing that you will ever do. She bows her head and lets it murmur in her ear. She nods.

It’s getting difficult for you to think clearly. You don’t understand why you feel so heavy. You reach into your pocket and you realize it is full of little stones.

The little stones are like the big dark rock; they are all the bad things that you will do from now until you die.

You look at the old woman, who is waiting patiently. The worst thing you will ever do is huge and jagged. You look at the water, where sail the pure of heart. You look back at the door, which leads to Probably Mike, to the rat-a-tat-boom of the club music, to your parents who think you are staying at a friend’s house.

You take your bad deeds out of your pocket, one by one. You drop them into the water. Its green skin ripples and splits with your tiny splashes.

The day you’ll lie to save yourself.

The times you’ll be too frightened to be good.

The way you’ll make yourself a martyr.

How often you’ll betray the things you know.

The time you’ll cheat, and win.

The ocean fills. The old woman looks at you, her lips pursed. She looks at the great dark rock, the worst thing that you will ever do, which waits there, heavy and unharmed. There is a path now through the water, paved with all your wicked deeds, which lie in wait for you.

You do not sail where sail the pure of heart. You walk.

Abi Hynes is a drama, fiction and poetry writer based in Manchester, UK. She runs theatre and film company Faro Productions and cabaret collective First Draft. Her work has been featured in a range of print and online publications, including Litro, Flash Fiction Magazine, Minor Literatures, The Molotov Cocktail, Spelk Fiction and Foxhole Magazine. She regularly performs at live literature nights around Manchester and beyond.