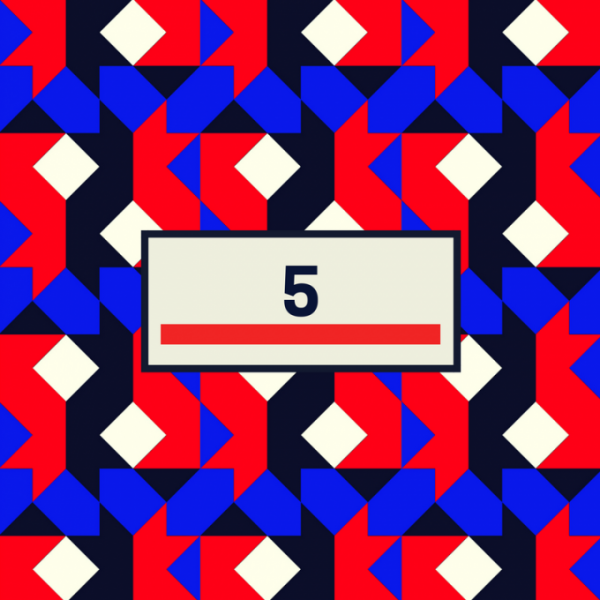 She had already hauled kindling the day before, trundling the wheelbarrow back and forth under the cool dawn sky, before anyone would be on the road to see her. Now she gathered their things: a half-dozen charms and rings, bound hair shorn rough at the end, pieces of lace and embroidered handkerchiefs, the locket and the reticule. She put them all in the big market basket with the candle stub and the match-box, wedged the grimoire over them and piled apples on top of that, and with the wineskin slung over her shoulder she started walking.

It was twilight. The dirt road was a grey ribbon between the cornfields; a few last crows cawed their farewells. Over the rise until their little cottage was out of sight; forty paces further was the indent marked with the striped rock. There she stepped off the road and into the cornfield and its ghosts.

Striped rocks were lucky, that was one of the first things they had taught her. Only they had never specified what kind of luck, good or bad.

In the cornfields, all was memory. Memory guided her steps, though she could not see the way; memory turned her rustling passage into the soft laughter of past nights, the voices caught by the breeze as they too marched through the corn, following their own markings. Memory transmuted the rasp of the leaves on her bare arm into the slide of Ellie’s fingernails as she caught at her, giggling breathless: slow down, you know I cannot keep up!

She slowed down. She would always slow down.

A wind came out of nowhere, bowing the stalks before her, and in the deepening gloaming she saw not swaying corn but the gentle swinging of the bodies beneath the gallows, and the basket handle in her hand was the feel of the rope as she sawed away at it.

From her left came Hannah’s deep voice: they won’t ever come for us. They wouldn’t dare.

From her right came Margery, laughing as usual: too worried we’ll hex their cocks off! All the field laughing then, laughing and singing:

A little love may prove a pleasure

Too great a passion is a pain

And even Ellie too, though she always sang quieter, because she was embarrassed to be singing about such things.

That hint of embarrassment – once it would have set her burning with desire. Now she only felt a coldness in the pit of her stomach at the memory, a hard clenching and the first hint of tears, and she stopped completely in the corn, the basket sliding to her feet. Ellie, she whispered aloud, and the corn rustled with approval. Ellie. Ellie. The name a charm in her mouth, she kept saying it over and over, until it was just sounds, and then took up her basket once more.

Closer to the edge the corn began to thin and now she glimpsed the clearing, right between corn and forest, where the world of men and the world of the wild rubbed uneasily against each other. As she reached to push aside the last stalk she felt, as always, that she became two people, herself now and herself then, the first time she had come. Young and straining in a body that had become a prison, all blooming curves and at every turn restriction, restriction, skirts suddenly twice their length and so hot she had fainted, stomach bound until there was no room for food, her house a cell she could not exit without permission. Until she had seen the distant glow of the bonfire from her window and snuck out into the corn, searching by sound and smell in the darkness, and when she had pushed the corn apart that circle of smiles had turned to her, their bodies wonderfully naked and lips stained with wine, and they had, to a one, opened their arms and said: welcome sister.

She pushed aside the corn now and there was nothing but the clearing, a circle of trampled earth with a blackened center upon which she had  carefully arranged the firewood. The navel of this world, Ellie had explained, sitting shyly beside her, and the fire is like the cord, you see? So we come here to nourish our souls. And she had on impulse taken Ellie’s hand in her own and nothing had ever felt so right . . .

Slowly she dropped into a crouch at the edge of the circle, letting the basket and wineskin slide from her body, letting it all slide into the welcoming earth.

Each month it took longer. Longer to rest after the long walk through the corn, longer to arrange the objects in their places. There could be no fire before readiness, so she stumbled around the circle with the flickering candle stub, her world reduced to that small pool of light and beyond it the darkness and the ghosts. Hannah, Margery, Agatha, Janet, the two Roses, Norah and Gladys, Sarah and Alice. Her own Ellie. With herself they had been twelve, a good, strong number. She fancied she could feel Ellie’s small hand in hers, helping her along, fiddling with her arrangements, so that the ring she had placed where Norah sat was suddenly propped up on a pebble and Alice’s fichu was neatly folded.

She fancied she saw them all out of the corner of her eye, crowded deep in the shadows of the trees, but when she turned completely there were only the trees and the corn.

She fancied that Ellie forgave her.

And then she touched the candle to the kindling and set the world alight, as bright as day. The navel of the world, the cord of light rising to the heavens, and she longed to somehow seize it and draw it down, down, to the earth and its horrors and put her face to it and demand, why have you done these things to us?

She stripped off her worn dress with ease, slipping feet out of shoes and wadding her stockings and bloomers into the basket. The night air set her skin alight with gooseflesh. She took care with the grimoire, keeping all the notes and letters in their places; there was something in its annotations, something that made it greater than the sum of its words. As they had been greater together. Her voice was thin as she read the opening prayer, but in her ears it became doubled with Hannah’s booming recital, the consonants made drum beats, the slide of the vowels tugging their bodies into movement.

She read the prayer, and she danced and sang and danced more. Sometimes she stumbled, but she kept her mouth open and her body moving. In her mind’s eye she saw the flames and her voice and the tremors of her movements all rising into the night, twining and drifting, and how others might go to the window as she had once done and feel the pull of that strange glow, restless girls and women heavy with exhaustion and care, they too feeling as if their bodies, their very lives were calcifying around them like a cocoon of stone.

She saw all this, and she saw too the men who might see the great cord rising, and how it might be they who came  through the corn as they had that night, so that when the circle turned smiling with open arms it had been to a mob with pistols and how the fire had sputtered just at that moment, tumbling back to the earth as if neatly snipped in two. Bare-teethed rage, Hannah and Norah seized while they fled, Ellie panting frantic beside her as they ran naked through the corn, the leaves cutting their bodies and the earth drinking their blood. For months after, in the whole of the county, there had been bodies upon bodies, bodies accused and denounced, bodies tried and condemned, bodies cut down from gallows and dragged sodden from lakes, scraped up as bone and ash and prised rotting from gutters with a handkerchief over her mouth. The relentless fear and horror, day after day, month after month, season after season, until her nerves jangled at every sound and she lay awake every night wide with terror. Until she had felt worn to the point where she was simply fear, nothing more.

Had she gone mad from it? She thought so now, for how else to explain how she came to be standing on a strange man’s doorstep one dawn, saying: not us, not Ellie and I, and he had looked her over with visible disgust and agreed: not you. The names tripping over her tongue as if fighting to get out. Rose and Rose, Janet, Gladys, Agatha, Sarah and Alice, Margery. Shivering on his threshold for he would not let her through the door, as if her very being was a curse.

When they had come for Ellie she had risen to join her and the men had said: not you, and had left her too stunned to weep.

Not you, not you. She sang the phrase like the curse that it was and she drank heavily of the wine and she danced. Twelve had been a good number, a strong number. Above her the heavens alight with the glow and she felt her body become more limber, her voice stronger in her throat until it was like the baying of an animal, freed for one more night, oh Ellie my Ellie not you not you, and she waited to see what would come out of the corn.

L.S. Johnson lives in Northern California, where she feeds her cats by writing book indexes. She is the author of the gothic novellas Harkworth Hall and upcoming sequel Leviathan. Her first collection, Vacui Magia, was a finalist for the World Fantasy Award. Her novel remains vexedly in progress. Find her here as well.