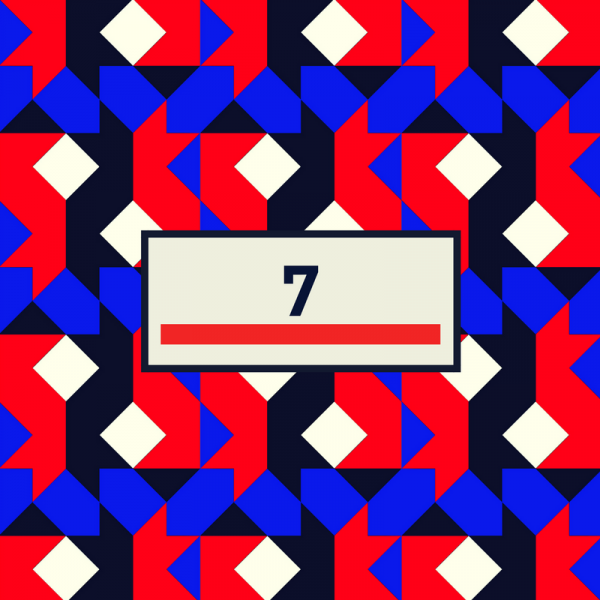 One hot summer when cricket had become irrelevant, and the cracked earth outside was a barren, lifeless desert, Suleikha left us. A horrible wetness had started to cling to the ceiling, with moss creeping all over the place, and the house had become a playground for rats and lizards.

The ceiling remembers that summer and that time, mumbling as only it can, reaching out to us walls for help. We are happy with our graffiti, a glorious mini Sistine Chapel-esque formation on our surface, which Suleikha painted laboriously and with great care. But now the new people have covered us with horrid green, the beautiful artwork scratched off coat by careless coat. It hurts, this green paint of hatred, and all we can do is remember.

-I hate the new ones.

Outside, a squirrel scurries along the railing, the same squirrel which Suleikha fed with grains of dalmoth, and stale parle-g biscuits. Squirrels don’t complain. They take what they’re given and keep coming back. If I was able to glance sideways, I would have. If I had hands, I’d have caressed the squirrel’s soft fur, and whispered into its ear that Suleikha was gone now. Hush, little squirrel. Go away, and find another home.

-Those were the days.

-Yes, those were the days. Remember when Wahida scratched her fingers up and down your body, and Suleikha got mad?

-I have those scars. Beautiful scars.

It was the same summer, and the approaching monsoon almost made our paint fall with anxiety. We wished Suleikha would whisper something to us, telling us everything would be all right. That the water wouldn’t seep inside us, that capillary action was a thing of the past, that our fears had no basis. But that wasn’t the reality. Water did come. How does that poem go, now? Water, water, everywhere. . .

So the water did come and the ceiling did cry and the fans didn’t run and our paint fell off like honey oozing from honeycomb. In front of her, Wahida held Suleikha as she wept in her hands. Wahida told her everything would be all right.

Wahida was fond of music. Her fingers danced over the fretboard like they had a life of their own, plucking and strumming, strumming and plucking, her eyes half closed and her voice a rich, soothing baritone. We helped there. Just a tad. Not to the extent our oak sisters would have done, but we played our part. That was a time we were glad we had ears. The music leapt off her fingers, danced around the room, struck us silently, moving along our surface and we sent it back.

-Do we have noses?

That day when Wahida decided to be smart and cooked a meal for Suleikha who was too stressed out to do anything because of work. Wahida made a Chicken Patiala, the smell wafting from the kitchen like a thing alive, reaching us, making us hungry for a thing we weren’t supposed to have.

Sometimes we get jealous of our oak sisters. They house a thing of beauty which has caused many a drop of ink to dry over pages, and brought many a life together. A red liquid, sometimes in white, it tastes of grapes. Only our oak sisters have the ability to smell that elixir, something which we have wanted to, all our life. We had to make do with the Chicken Patiala.

-How do you know about the chicken?

-Politeness is a virtue for humans, not walls.

-What about when they made love?

-I made a decision of my own then.

Wahida loved Suleikha. Suleikha loved Wahida. They loved this place they called home. I saw when they loved, fought, made up, fought again, patched up again, fingers entwined, sitting, laughing, singing, watching “Sholay,” and “Pyasa,” and “The Apartment,” and listening to Rafi, to Bowie, to Mercury and to Manna Dey.  And now they’re gone, and this room feels hollow, like a piston pulled back suddenly, leaving only vacuum, like the onset of autumn.

And then, they came, the ones with orange flags, the chest-thumpers, the self proclaimed guardians of everything pious, the ones who rule this land and made its laws. We heard their hate-filled chants from across the streets, but what could we do? We saw. We listened.

It escapes us walls what they saw in the union of Wahida and Suleikha that was so incendiary. We believe, it would escape humans, too. But what do we know about humans, really, fickle things that they are.

So, they came inside the home, demanding that Wahida be presented before them. But Wahida, smart that she was, had already left. Suleikha told them that she lived alone, not revealing the name and the identity of her lover. They left, those people, but not before screaming out a hollow warning about Suleikha’s failure to adhere to their imaginary values. We saw how Suleikha shivered in silence when they left.

-Was it Wahida’s name the people had a problem with?

-Her name. Her faith. Her being.

-Because humans are not walls. I am a green wall, you’re blue. I still love you. Some humans don’t think like that.

Eventually, Suleikha moved out. In the end, fear trumped love. Wahida sat there, right in the front, staring at me, staring at you, my sister. Her hands tapped on the fabric of the sofa, her fingers quivering, as if expecting to find Suleikha’s. Her eyes on the edge of tears, and her mouth on the verge of breaking out into a song. I almost expected her to do that; to shriek, to yell, to make music, to sing. But that only happened in movies they watched. Wahida just sat there, biting her lips until blood welled out, tearing the sofa silently, one thread at a time. When she got tired of sitting, she smoked. When she got tired of smoking, she drank. When she got tired of drinking, she slept a soundless sleep on the floor.

At one point, Wahida decided to blemish us, to remove traces of anything which reminded her of Suleikha. But she couldn’t bring herself to do it. Instead, she sold us.

-I wish she hadn’t done that.

-I miss both of them.

-I miss them, too, little sister.

-Is there hope, yet?

The new ones aren’t terrible. They’re just not quite there, yet. The new ones want shiny things, and cling to temporary joys. Their crash to the ground is also more severe and their sorrows, well, they can’t deal with sorrows.

-Makes me think of them more.

Time is a jagged thing for us. It doesn’t move in a straight line, nor is it a circle. It’s to us as sandpaper is to an ant; crusty and rough, a terrain hard to cross. It clings to us, as we cling to it. Wahida and Suleikha’s absence, now permanent, is hard to swallow. We remember the times when they’d go out on long vacations, locking this home, leaving us to the mercy of the sun, the wind, and lizards. Lizards are funny creatures. Predatory instincts, but really lazy. Suleikha once yanked a lizard by its tail and threw it out the balcony, at which Wahida cringed like a little girl. Suleikha wasn’t afraid of reptiles, but Wahida was terrified of them.

-This little green one is bothering me.

Their temporary absences felt like milk left too long to boil. You wait and wait and wait for the foam to rise. You steal glances at the kitchen, the utensil, to get a hint of it. But the milk is clever. It never calls you. Then you flip open a book and get lost in its pages, and after a while you smell a smokey, pungent thing and can’t quite place what it is, and then realize, of course, curse you, it’s the milk. You run but it’s too late.

Waiting for Wahida and Suleikha to come back was sort of like waiting for the milk. Too long, and it felt like we were closing in together, falling apart, or burning. They’d go without preamble, and arrive suddenly, bringing gifts of happiness and memories. This absence, this permanent absence, reminds us of their temporary ones.

-Where’d you reckon they are, sister?

-Suleikha would’ve got the scholarship.

-And Wahida would’ve flown to UK.

Conjectures. Speculations. This is what walls do. This is what we exist for. We listen. We talk. And we try to predict the future. A future which is now in the hands of three other people, with little in common between them. There’s no intimacy, there’s no art, there’s no music. There’s no love. This house, which someone called home once, is a hollow thing now. I wish we had mouths to scream.

-Look, the little one. Here she comes.

-She’s coming in your direction.

-Paint’s still wet. Where are her parents?

Our muted cries don’t affect the kid. Of course, why would they? It’s not like they can hear us. No one hears us but the wind. And maybe the lizards.

-Maybe, the new ones aren’t terrible after all.

We see the future now. Memories the new ones will create. This Nishant, a new Wahida, but not quite. This Radha, a new Suleikha, but not quite. But this wondrous thing of beauty now making strange shapes on the walls which tell you this story, this kid will bring them together. Their love will give us our own Wahida and Suleikha, and this time, I hope, they will live happily ever after.

Amal is writer from Mumbai, India. While his day job is writing comedy sketches for YouTube, he moonlights as a writer of Science Fiction and Fantasy. In his spare time he can be found sipping a good stout. His fiction has appeared in Mithila Review and Juggernaut Books. Find him on Twitter as well.